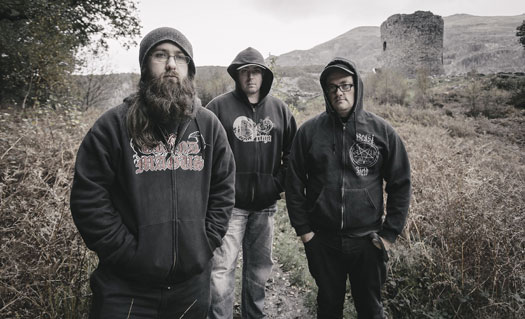 Caveman Battle Doomers CONAN will be hitting the fragile streets of the UK for a 10 date tour which kicks off at Stuck On A Name Studios in Nottingham tomorrow night, before stretching the length and breadth of the country. Support on all dates will be by UK Blackened Doomers BAST and for those attending the London gig at Electrowerkz, US Heavy Sludgers INDIAN will also join the party which is sure to make foundations crumble! 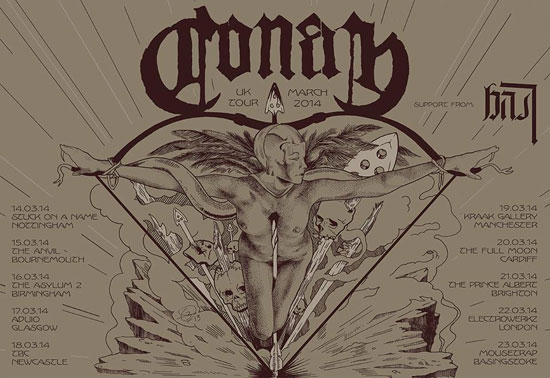 CONAN are supporting their new album ‘Blood Eagle’ which Kevin commented on in his review (here) “I still wonder how they managed to get their sound so low, yet still audible” and continues with “We raise the ‘Foehammer‘ and wildly bludgeon those that are foolish enough to stand in our way. Here the tempo lies a bit higher, as it should be when fighting, skulls of strange creatures are cracking beneath our feet and orcs and trolls are falling by the hundreds.”

‘Blood Eagle’ is out now via Napalm Records which can be purchased from their webstore HERE.

While BAST are supporting their debut album ‘Spectres‘ which Tom in his review (here) wrote “From the first frenetic moments of barnstorming opener ‘In The Beginning‘ to the almost comically stadium-rock ending of breathtaking closer ‘Outside The Circles Of Time‘ Bast are a true revelation on record, just as they are in a live setting” and added “I am going to go out on a limb here and suggest that is one of the best doom albums by a UK band – and certainly one of the best debuts – of the past few years“.