As Caveman Battle Doomers CONAN wrapped up their UK tour in Manchester last night (review due soon!), the band have issued a statement about the incredible support they got over the last week as they prepare to record the follow up to Monnos in Guitarist/Vocalist Jon Davis newly built studio SkyHammer. Once again Chris Fielding will be at the helm and the album, which is due out next year, will also be their first release for Napalm Records / Spinning Goblin, exciting times indeed and it’s now over to the band…

“Hi all, so we did a short run of shows last week including Sheffield, Liverpool, Colchester, London, Birmingham and Manchester. What started out as a little 2 show warm up for the recording we start next week turned into a full blown mini tour. We love playing shows, fuck all that ‘play hard to get’ bullshit – just get in the fucking van (thanks Henry). We played with some amazing bands – we won’t name everyone but just check the reviews if they come out, there were some STUNNING bands playing with us. We’re so lucky to be involved in this scene, real music written for the right reasons, delivered through BIG amps – total bliss.

Special mention to the lads down in London (Matt and Josh) who put the show on. They helped us raise around £165 for Alder Hey Children’s Charity through ‘enforcing‘ an optional donation from people wanting guest passes to do reviews of the show. We firmly believe charities that help to give kids a good start in life are essential and we support them when we can.

Some of the shows were better than others but we enjoyed playing all of them for various reasons – from the burgers in Sheffield to the friendship and camaraderie in Liverpool and Manchester – but the London show, at the Black Heart in Camden, was a sell out and it was an awesome experience playing to such an enthusiastic and fervent crowd. Thanks to everyone who came to ALL the shows.

Next week we go into the studio with Chris Fielding to record the follow up to Monnos…… Can’t wait.

Thanks for the support, always.” 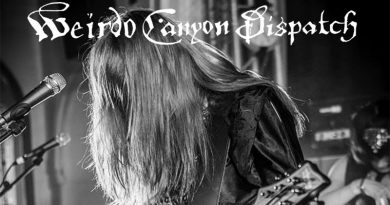