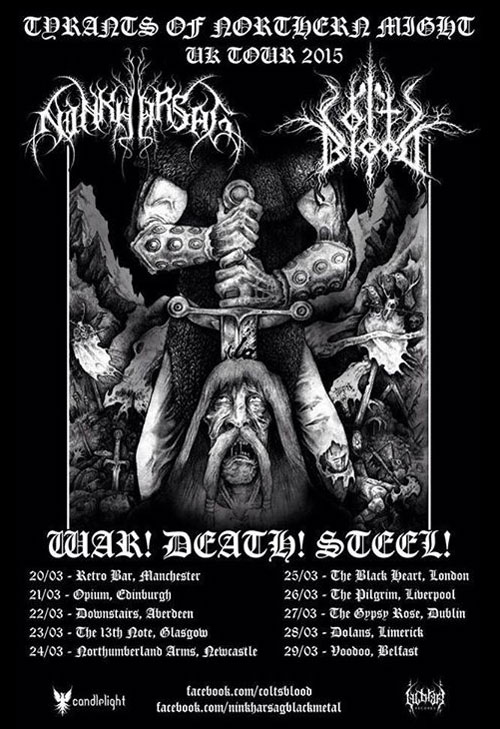 March 2015 see’s the collision of 2 Northern behemoths, heavy despondent doomers COLTSBLOOD and ferocious black metallers NINKHARSAG who join forces for a tour spanning the UK and Ireland, the dates are as follows: 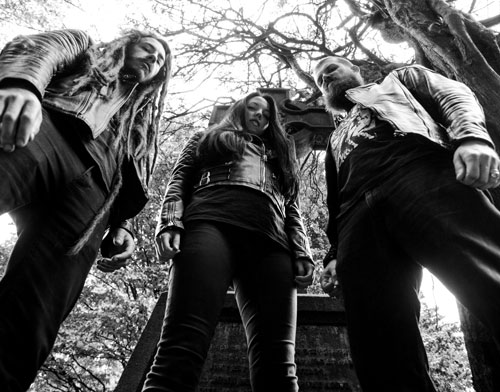 COLTSBLOOD formed in Northern England in 2010 but did not surface until 2013 when they self-released a demo tape entitled Beyond the Lake Of Madness shortly followed by a self-released split with Crypt Lurker. They pillaged their homelands in the year that followed, earning a storm of reviews hailing COLTSBLOOD as monolithic, crushing, filthy, bleak, melodic, devastating, other-worldly and horrific.

In 2014 COLTSBLOOD released its first full length entitled Into The Unfathomable Abyss via Candlelight Records, Dry Cough Records and Burning World Records, and continued its reign of terror, touring and releasing a split with allies Horse Latitudes and Ommadon. COLTSBLOOD put the year to its death on a bludgeoning high with raids across Finland’s frozen wastes with Horse Latitudes. Further European invasions planned for 2015 include an appearance at the legendary Roadburn Festival in Tilburg, The Netherlands. 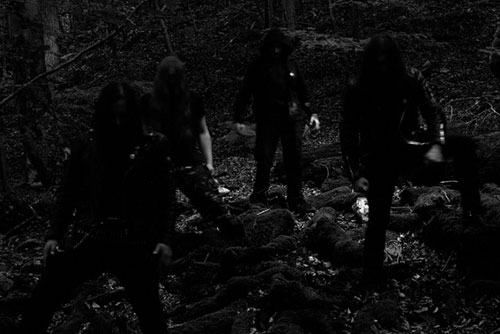 Since forming in 2011, NINKHARSAG have been like a thunderbolt to the UK black metal scene. Armed with chilling riffery which bespeaks of tales of carnage strewn battlefields to the assassins of ancient Jerusalem, their ascent has been rapid, quickly climbing the ladder with rabid hunger to be one of the more respected bands on the black metal circuit.

Although musically compared to legendary acts such as Mayhem, Dissection and Gorgoroth, their sound is both unique yet classic and contains little to no modern black metal influence. Preferring the sound of the masters of old, NINKHARSAG refuse to bow down to the prevalent musical trends common to black metal in the 21st century. Known for their icy atmospheric live shows, the band has earned the right to share the stage and hold their own with more established acts such as Inquisition, Winterfylleth, Shining and more.

Thus far they have released the 7″ single, The Essential Salts Of Human Dust taken from their full length debut The Blood Of Celestial Kings. The album was recorded at Vagrant Studio by Tom Dring and is both savage and melodic.