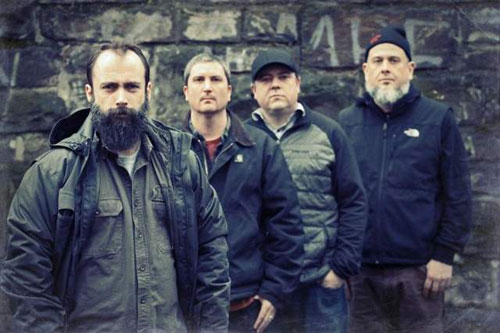 It was announced earlier today that CLUTCH would hit the UK next May to Headline Temples Festival (read about it HERE), now on the very same day, the band have also been confirmed to headline the annual DesertFest in Berlin.

Formed in 1990 in Germantown, Maryland (USA), CLUTCH have released not less than 10 studio albums, several rarities and live albums, each one marked by a distinct and cohesive sound, migrating from heavy metal and hardcore punk to hard rock, integrating strong funk-blues influences and clever out-of-this-world lyrics, the whole with a taste that only they can provide !

Playing music for the music’s sake for more than 20 years, they have built up a straight-up solid reputation and have accumulated a devoted cult following through constant gigging (performing more than one hundred shows a year), unleashing all over the world their damn good waves of pure rock fury with a devastating excellence…

2013 was the year for these stalwarts of groove to return with a new pure piston-pumping juggernaut uppercuts, nearly four years since their last issue, an impeccably structured 44-and-a-half-minute collection of 11 tracks rightly named “Earth Rocker”…

CLUTCH will join DesertFest Berlin in April 2014 for an Exclusive Spring Show In Mainland Europe! The crew behind DesertFest Berlin are incredibly excited about this announcement and they sincerely hope you are to!

DesertFest Berlin 2014 takes place over 24th-26th April 2014 at the famous Astra Kulturhaus in Friedrichshain/Kreuzberg, bands so far confirmed include Spirit Caravan, Black Rainbows, SardoniS, Causa Sui, Elder, Gozu, Huata, Prisma Circus with more to be announced over the coming weeks and info on tickets can be found HERE.