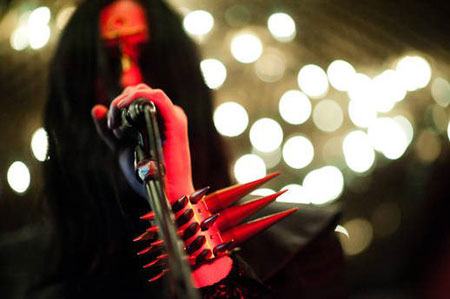 Chelsea Wolfe crafts haunting soundtracks for the apocalypse. Wolfe, with her heavy, long locks, black veil and her piercing eyes, embodies a strange mixture of otherworldly softness and creepy  darkness all at once.

As shown on her latest album Apokalypsis, she is  raw in both image and music, her rumbling doom-folk songs are  impassioned, gripping listeners’ attention with clattering drums, looping synths, and lingering guitar — all to showcase her beautifully hypnotic vocals, and sensual yet fearsome melodies.

Chelsea Wolfe has also been confirmed to play Roadburn 2012 on Thursday, April 12th at the 013 venue in Tilburg, Holland.