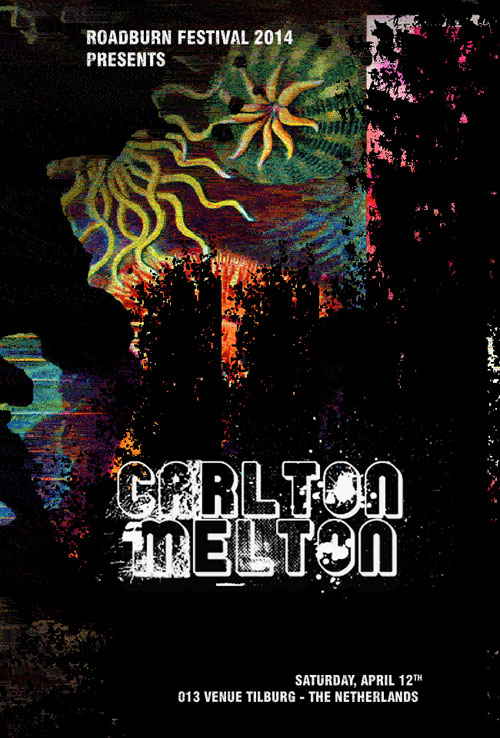 There’s no shortage of psychedelic rock at Roadburn 2014:  as part of their artist-in-residence activities, The Heads (ft. John McBain) will collaborate with fellow psychedelic travelers Carlton Melton in an exclusive one-off Roadburn performance on Sunday April 13th at the 013 venue in Tilburg, The Netherlands.

Carlton Melton recently completely a short tour of northern Europe, electrifying audiences from Amsterdam to Oslo. We just wished they could have stayed longer, which is one reason we are so thrilled to announce that they will be playing their own set at Roadburn 2014, scheduled for Saturday April 12th (013 venue).

The band recorded their psychedelic hypno-drone rock in a genuine Geodesic Dome, and have created an insane psychedelic squall utilizing alien guitar swells, freaked out tribal rhythms and strange loping pulsations. The heavy vibrations of Can and Pink Floyd suffuse Carlton Melton‘s work, and they use a bed of classic psychedelic rock as means for the guitars and organ to soar righteously through the stratosphere, before descending into trance-inducing drones which burrow deep into the earth.

Carlton Melton appeals equally to old school bong-bubblers and contemporary cosmic heads. If you prefer old SST label cassette tapes or an early  Spaceman 3 or Loop cassette you recently found wedged in the back seat of your car, you need to check out Carlton Melton’s Pass it On, Photos of Photos or their most recent release, Always Even.