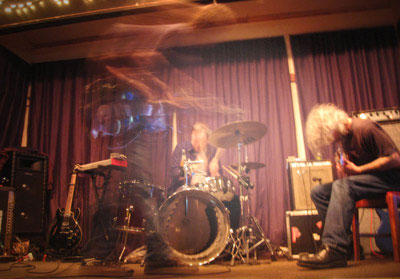 Mastered and featuring John McBain (Monster Magnet, Well Water Conspiricy) – on guitar/synth/ echoplex – Photos of Photos sees CARLTON MELTON take their organic improvised psych-jam to the highest sonic plane befitting the geodesic dome in which it was recorded and pulverizing the psychedelic hypno-drone that has come before.

Photos of Photos is a testament of CARLTON MELTON’s ability to bottle and hone their craft with sincerity – from the lush pastoral sonics of  ‘Nor’ Easter’ and title track, ‘Photos of Photos’ the smoldering gargantuan riffs of ‘Space Treader’  and the synth drones and spare rhythms of LP closer ‘Wingspan’. CARLTON MELTON meld -what could be a heavy indecipherable psychedelic mess – into something louder, more uncompromising and more coherent: ‘Melton’s Magick Karpet ride’.

Bonus tracks (available on CD and download) include the full 23 minute psychedelically enhanced drone ‘Adrift’ that peaks and dips as the title suggests and ‘Smoke Drip’ sounds exactly how you imagine a song called ‘Smoke Drip’ to sound. And that is exactly what Photos of Photos is about: the SOUND, the VIBE, a new age, drifting unchartered, across a sonic expanse. 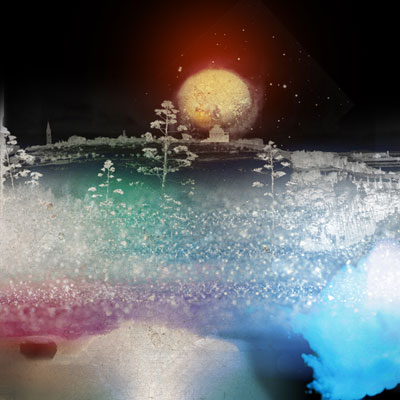 Photos of Photos will be released by Agitated Records on CD/LP/DD and will hit the streets on the 24th September 2012, you can also stream the track ‘Nor’ Easter’ below as a taste of things to come.

The band, with their exceptional sensory-space-rock-awareness also play Birmingham’s Supersonic Festival on the 20th October backed by a full UK tour.