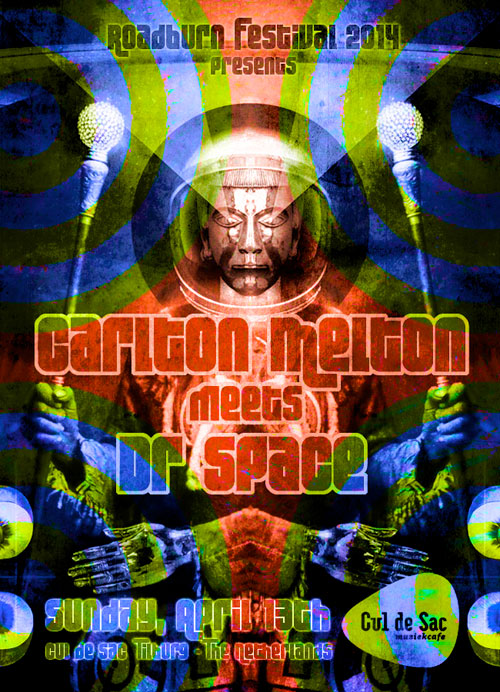 In order to provide the Roadburn 2014 Afterburner fans with a unique psychedelic experience, different from the band’s main set on Saturday (April 12th), San Francisco’s Carlton Melton will team up for a unique space adventure with Dr. Space (Oresund Space Collective, Gas Giant) on Sunday, April 13th at Cul de Sac in Tilburg, The Netherlands.

Dr. Space has previously guested with Dragontears at Roadburn in the Midi Theatre and recently with White Hills in Sweden and Denmark. Expect a slowly building ambient space out leading into massive Hawkwind style heavy space rock jam at the end.