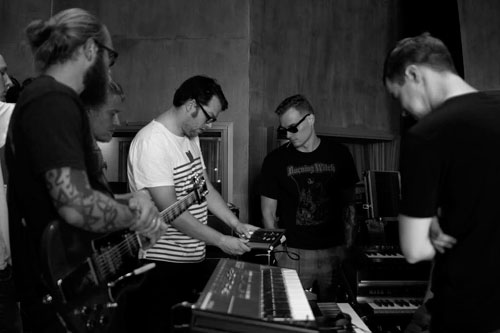 Finnish band CALLISTO, perhaps best known for their genre-defining post-metal classic Noir (2006), have announced that their highly anticipated fourth album shall be titled Secret Youth. The band is putting finishing touches to the mix with producer Jonas Olsson, with whom they also worked on the previous albums.

Due to delays with the process, the album will be released on January 30th, 2015 instead of November 2014, as originally planned. CALLISTO‘s Secret Youth will be the band’s first release with their new label home, Svart Records.

Guitarist Markus Myllykangas describes the forthcoming album as a tighter and less progressive affair than its predecessor, Providence (2009). For the album covers, the band is working with renowned Finnish photographer Juha Metso, whose somber black-and-white photography the band feels suits the music perfectly.

Svart Records will announce the album cover and tracklisting for Secret Youth upon their completion. Needless to say, expect expansive greatness.