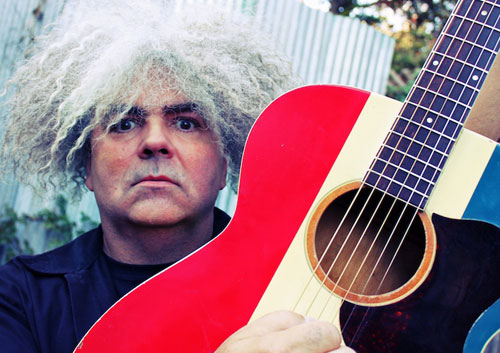 Buzz Osborne, the legendary progenitor who has helmed the Melvins for thirty plus years, releases his debut solo full-length album, This Machine Kills Artists, on June 2 via Ipecac Recordings.

“I have no interest in sounding like a crappy version of James Taylor or a half-assed version of Woody Guthrie,” said Buzz Osborne about the 17-song offering, continuing, “which is what happens when almost every rock and roller straps on an acoustic guitar. No thanks… This Machine Kills Artists is a different kind of animal.”

Buzz Osborne is currently touring for the first time as a solo artist, wrapping up a three-week trek that included a SXSW interview session with The Stooges’ James Williamson.

An extensive North American tour kicking off in June will be announced shortly. Let’s hope he makes it over to the UK and continental Europe soon too!