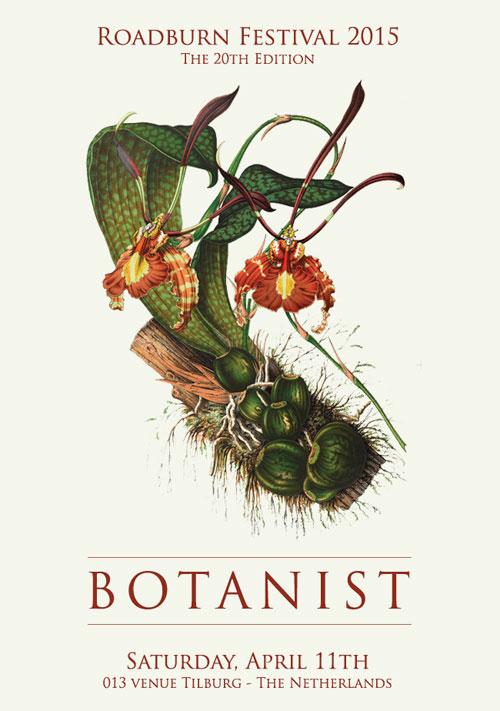 Roadburn Festival is always on the lookout for the most innovative, original bands it can find, and there’s absolutely no doubt that Botanist’s performance at the 013 venue in Tilburg, The Netherlands on Saturday, April 11, 2015 will rank as one of the most unique sets of the festival’s 20th edition. After all, it’s not every day you come across a black metal band playing songs about the destruction of mankind at the bands of plants, using hammered dulcimer and harmonium as its central instruments.

The brainchild of prolific San Francisco musician Roberto Martinelli, who performs under the nom de plume Otrebor, Botanist’s music has quickly evolved from the minimalist sounds of 2011’s I: The Suicide Tree to the lush, verdant music heard on 2014’s revelatory VI: Flora.

Using a traditional metal rhythm section as the foundation, Martinelli manipulates the dulcimer and harmonium in a way that not only sounds unlike anything in underground music today, but feels natural, and best of all, staggeringly beautiful. Part black metal, part shoegaze, and partly sounding like the work of an alien entity, Botanist is certain to leave a vivid impression on anyone who witnesses it.

“One of the holiest of grails for every American musician is the dream of touring Europe,” says Martinelli. “It’s a major step on the ladder of career accomplishment. That Botanist can set off on its maiden European voyage at a festival such as Roadburn is in itself an extra step up that hallowed ladder. We look forward to bringing our work to Roadburn, where so many acts that have seemed like gods to us have played.”