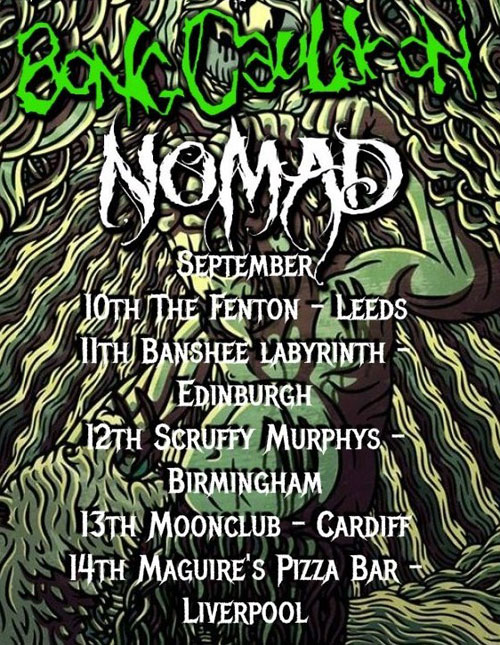 Leeds sludge trio BONG CAULDRON are joining forces with Manchester’s very own worshippers of the riff NOMAD for a 5 date tour of the UK this September. The tour will see them bring their brand of depravity and chaos to the following cities:

BONG CAULDRON are a 3 piece Doom/sludge band from Leeds. Their debut EP is out now via Superhot Records and was met with critical acclaim. They have had the opportunity to play alongside such bands as, Corrosion of Conformity, Windhand and Desert Storm.

NOMAD are a four piece sludge band from Manchester and have recently released their debut EP The House Is Dead Via When Planets Collide. Over the past year they have shared the stage with genre giants Church Of Misery, Bongripper and Conan amongst others.