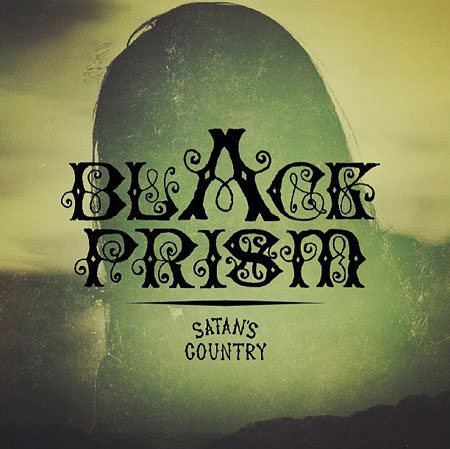 On ‘Satan’s Country‘, BLACK PRISM successfully turn out an instant classic in the realm of early 70s Black Sabbath inspired acid rock with a Manson Family aesthetic that will make the hair on the back of your neck stand up. An unholy conception of hard rock ritual and cinematic kismet; like a shot in the vein of fellow ‘born-outta-timers’ Uncle Acid & The Deadbeats and Kadavar.

The video for ‘Satan’s Country‘ was recently premiered on Roadburn.com HERE, you can also stream it below and download the track from EasyRider Records Soundcloud page HERE.

Formed in 2012, this band is made up of native Los Angelenos that skateboard, ride choppers and raise hell the way that their music does. This is the first offering of theirs and the demo that got the band signed. There will be a full length record to come in the first quarter of 2014 on EasyRider Records, until then you will have to sit tight with this release of pure hellfire and unrestrained heavy rock that has the power to steal your soul if you let it.

Excited about the release? It’s available for Pre-Order for a special pre-sale price of $6.66 from EasyRider Records webstore HERE.