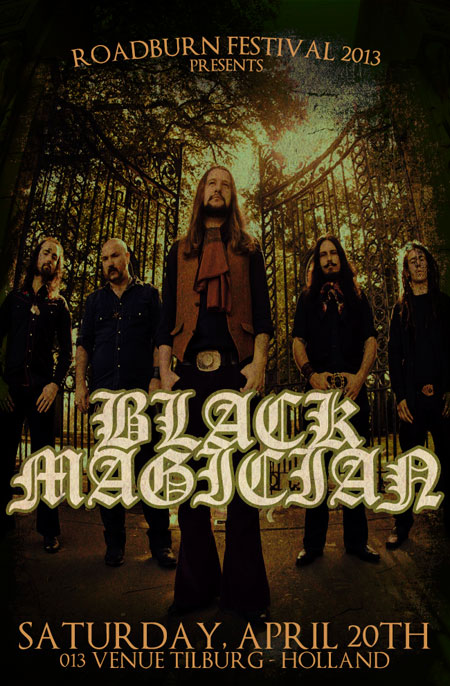 Roadburn are thrilled to announce that UK Doomers Black Magician have been confirmed as a replacement for The Devil’s Blood and will bring their sinister take on Heavy Doom to the Roadburn Festival on Saturday, April 20th at the O13 Venue in Tilburg, Holland which will also mark the band’s debut performance on mainland Europe.

In an age when music tends towards the derivative, the mechanical, the over-produced, Black Magician cast their attention backwards, and then back some more. The result of many a long discussion in country pubs, and long rambles through the more isolated areas of the English countryside, they formed through mutual appreciation of 70’s prog, eerie folklore and a good real ale.