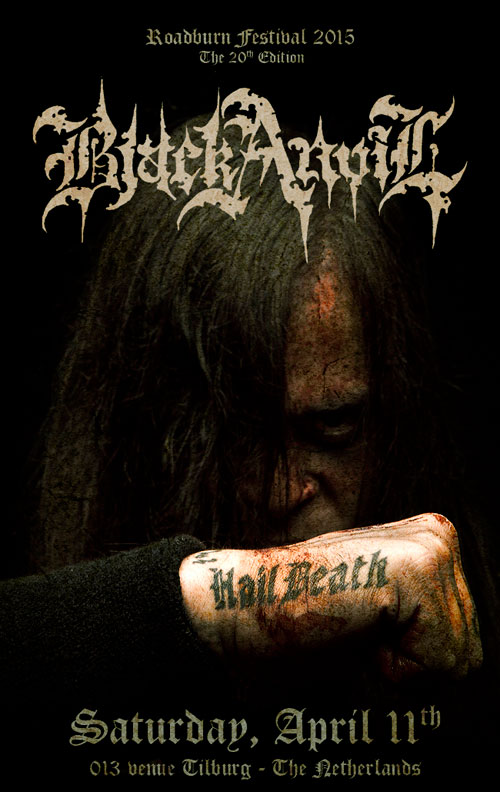 Hailing from the filthy sewers of New York City, Black Anvil have been tearing up the US Black Metal scene since 2008, with their debut Time Insults The Mind and 2010 follow-up Triumvirate turning the band into a ferocious beast, and making them a stable in the Black Metal genre at large.

The band’s latest album, Hail Death, out on Relapse Records, really takes Black Anvil to the next level as its easily one of this year’s finest slabs of extreme savagery — gritty, punishing, rotten and with a touch of diversity and progressiveness, too! Citing Darkthrone, Bad Brains and Metallica as influences, Black Anvil brings together elements of thrash, hardcore and traditional metal all uncompromisingly forged in thick layers of the grimmest black metal this side of Behemoth, Marduk and Watain.

Black Anvil will ultimately hail death at the 20th edition of Roadburn Festival on Saturday, April 11th at the 013 venue in Tilburg, The Netherlands.