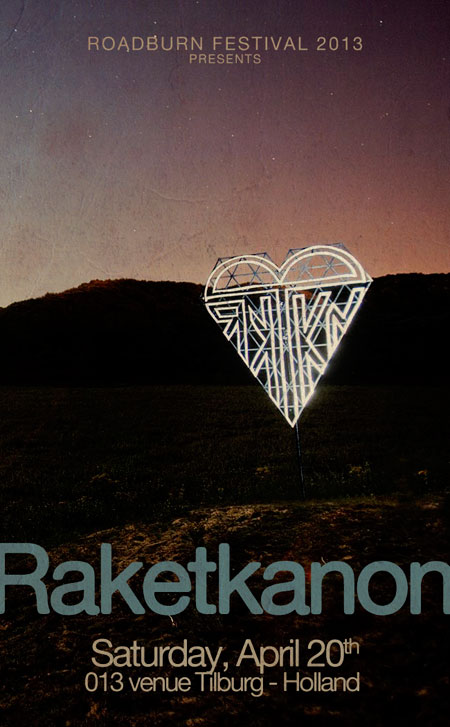 We’re very pleased to introduce Belgium’s very own Raketkanon (RKTKN) to our Roadburn Festival attendees on Saturday, April 20th at the 013 venue in Tilburg, Holland.

Raketkanon‘s debut album, RKTKN #1, is a combination of sludge, experimental drift and chaotic psychedelica. Think Melvins meets Tomahawk by way of early Butthole Surfers — down tuned guitars, deformed vocals and droney bass synths, coupled with an ear for great songs, make Raketkanon one of the most interesting bands in Belgium today.

We’re pretty sure that all of you will feel the very same about RKTKN #1, as soon as you hear the album via the soundcloud player below. See you all down in the front on Saturday, April 20th.