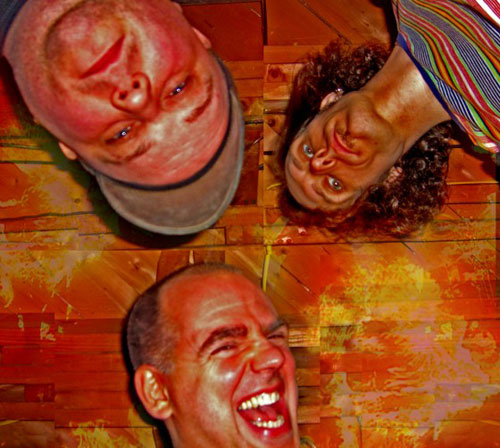 Swing by The Onion’s A.V. Club and check out the “Dirty Laundry” being aired out today, the Don Henley track taken in an ultimately demented sociopath-swagger direction by Detroit scuzz metal maniacs, BEIGE EAGLE BOYS.

All the fabric softener in the world won’t take the rigid filth out of the closing anthem to the BEIGE EAGLES BOYS’ slamming debut LP You’re Gonna Get Yours, set for release on June 24th via Reptilian Records. “It is not pretty,” issues the A.V. Club’s write-up of the track, who couldn’t wait to air this contemptuous rendition of the 1982 pop anthem, speculating that this version “speculates what Henley’s original might have sounded like if it’d never made it into the washing machine. The fact that BEIGE EAGLES BOYS have ‘Eagle’ in their name is just one of those little perks that’s sure to make Henley smile even wider once he hears it.”

A video for the LP’s opener “I Saw Your Face On The Pavement” is also playing below.

Reptilian Records will unload You’re Gonna Get Yours on LP, CD and digital next Tuesday, June 24th. Pre-order all versions at THIS LOCATION. 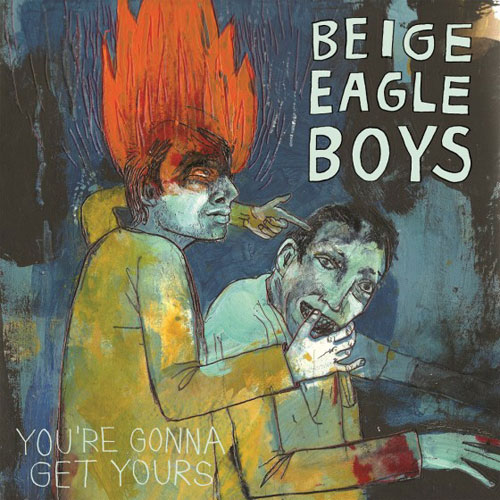 Recalling the blown out syrupy sweet distortion of the Cherubs and the upper Midwest scuzz of the Bastards and Hammerhead, or while we’re at it, all the finest cherry picked grime from AmRep, Touch & Go and Trance Syndicate, Detroit’s BEIGE EAGLE BOYS throws the rock gears into a mid-nineties noise rock reverse, gargling nuts and bolts and gravel and then flossing with guitar strings left over in Tom Hazelmeyer’s garage. On the trio’s debut album, You’re Gonna Get Yours, they blast out a quick and potent Rust Belt racket with all three gents hollering. Every studio meter red-lined, every tube amp threatened with exhaustion, all three larynxes threatened with whatever the hell happens to larynxes after this kind of abuse through ten songs done the right kind of wrong way. Just don’t ask about the name. That shit’s a closely guarded secret.