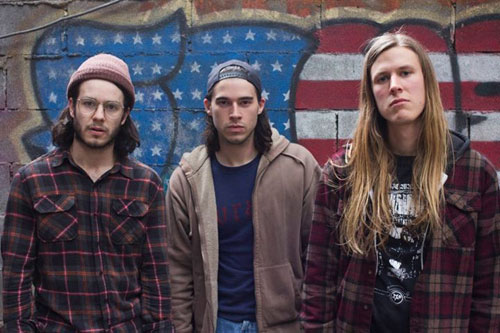 Anyone who was in attendance at the Desertscene showcase back in April featuring Serpent Venom, Pet the Preacher and ELDER’s UK live debut will know that they witnessed something truly special.

ELDER are the leading lights in a whole new wave of desert heaviness; classic stoner grooves and extended rounds of progressive riffage are all carefully woven in alongside their extraordinary malaises into the world of psychedelia. Drummer Matt Couto, guitarist Nick DiSalvo and bass-player Jack Donovan may still be frighteningly young, but when this trio of Bostonians plug in and rock out, they become a law unto themselves, lost in the sprawling expanses of their wondrous and powerful heavy psych supremacy. Put simply, if you’re a fan of the rockier elements of Colour Haze or the more tuneful, melodic side to Sleep’s epically fuzzy pummel, prepare to get excited by this band.

With the phenomenal new Spires Burn/Release EP material now sitting tightly in their arsenal alongside the essential Dead Roots Stirring full-length and the crunching might of their self-titled debut, ELDER have destroyed crowds everywhere from basement keg parties to Roadburn and Desertscene are overjoyed to have them Camden-bound once again. Pair up your Gemini and unravel that Riddle of Steel; ELDER are in town for DesertFest London 2014.