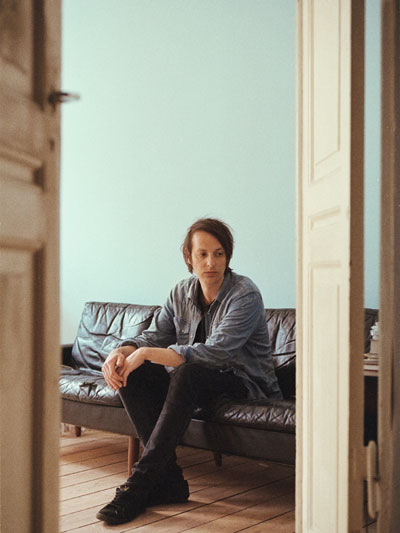 THE SETTING SON have finished the recordings of their third album. It’s entitled ‘Before I Eat My Eyes & Ears’ and will be released October 8th 2012 on Bad Afro Records.

THE SETTING SON started out as a solo project for Sebastian T.W. Kristiansen who recorded more than 50 songs in his flat in Copenhagen on his 4-track tape recorder.  Lorenzo Woodrose from Baby Woodrose got hold of the tapes and handed them over to Bad Afro who released the first two albums with Lorenzo Woodrose as producer.

THE SETTING SON have since then become a real band with their own take on psychedelic garage pop that is both blue-eyed and bittersweet. The songwriter Sebastian T.W. Kristiansen has an ear for good tunes and his characteristic voice and songwriting skills makes THE SETTING SON stand out among the many bands today who are inspired by psychedelic music from the 60s.

‘Before I Eat My Eyes & Ears’ is more varied than the early material and more time has been spend on the details this time. The album is produced by Sebastian T.W. Kristiansen and THE SETTING SON in the Orangeriet studio in Copenhagen and the result is a more mature record that showcases another side of their talent.

The album will be released as an LP and Digital Download. First print of the LP will include a free CD of the entire album. Above The Rest has been chosen as the first single from the album and will be released online August 27th, 2012. The cover is a self-portrait of Sebastian T.W. Kristiansen.

The line-up on ‘Before I Eat My Eyes & Ears’ include members of Baby Woodrose, Sort Sol, Emma Acs & the Inbred Family, The Good The Bad and Death Valley Sleepers and is as follows: