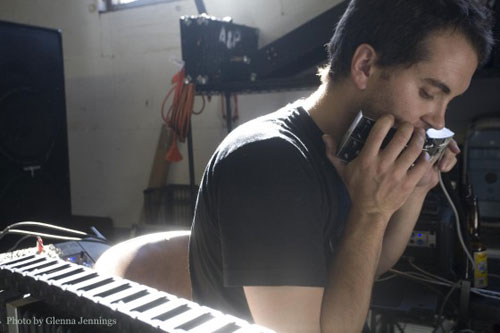 Gushes Pitchfork: “…what’s most striking is Shone’s aggressive and agile blend of styles. Traces of doom, dubstep, industrial, noise, and honest-to-goodness pop show up within Shone’s best songs. His music is immediate but mysterious, a chimera that’s recognizable but strange.” Added MetalSucks of the number, “It’s easily the poppiest A&P song to date, closer to a Nine Inch Nails deep cut than much of the more abstract material on his last album, but it retains the darkness and gut-wrenching character that made Ursus Americanus so good.”

Feel the sonic pressure of “In Remorse” at THIS LOCATION, where you’ll also find in in-depth interview with Shone.

Following a successful US journey with A Life Once Lost earlier this Spring, Shone will ship his machinery overseas next month for a short run of European live dates. Scheduled to commence on May 4, Shone will ravage his way through the Netherlands, Germany, the UK, Belgium and Slovenia before bringing the proceedings to a ceremonial close in Czech Republic. Notes Pitchfork of the AUTHOR & PUNISHER live experience: “…seeing Shone play his music is a much different experience: He renders these songs using massive devices he builds himself to control an onstage laptop. A bit like a cyborg, Shone grapples with and writhes among his machines, making music that’s not necessarily alien with tools that are.” 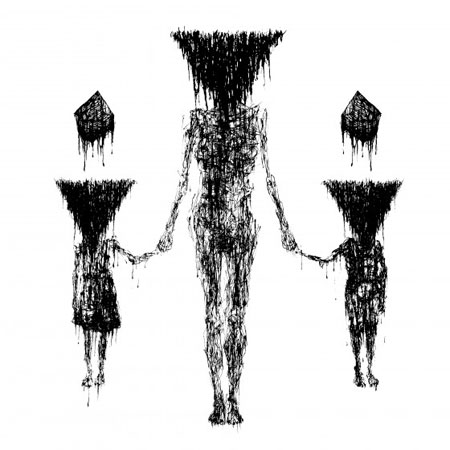 Iconoclastic in the truest sense of the word, Tristan Shone inverts the tenets of doom metal completely, relying on cold steel and soulless machinery to sonically replicate the despondency of life. Described most succinctly as “industrial doom,” this one-man project utilizes primarily custom designed and fabricated machines and speakers, devices that draw heavily on aspects of industrial automation and robotics and focus upon the eroticism of interaction with machine. The machines are designed to require significant force from the performer, aligning he/she with the plodding doom-influenced sounds that are created. AUTHOR & PUNISHER has performed with and shown these machines extensively at festivals and exhibitions in the United States and abroad. 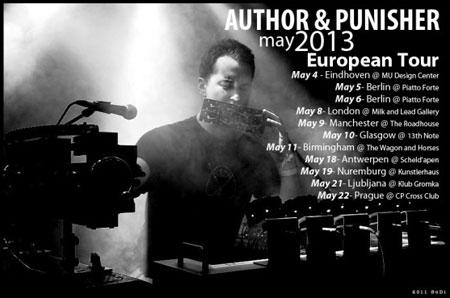 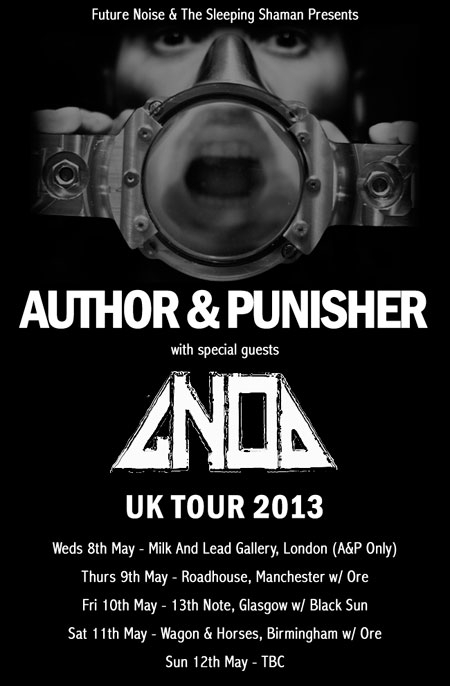