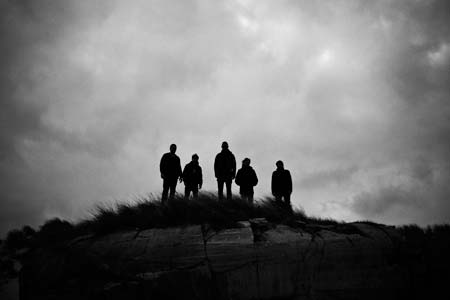 As the worldwide release of their Neurot Recordings debut Mass V nears release at the end of this month, today Belgium’s ethereal sludge spiritualists AMENRA release a brand new official video from the anticipated opus.

View “Nowena I 9.10” for the first time via BrooklynVegan, posted alongside the other previously-released tracks from Mass V and more AMENRA action AT THIS LOCATION.

brothers burn. I see the fire in their eyes.

the past is your now
the present now passed

now is the time

(everything awaits you and the light will let you)

AMENRA will release Mass V in Europe on November 26th and in North America on November 27th, their first release as part of the Neurot Recordings family. Today, the CD version of the album is available for preorder. Orders for the standard CD pressing can be placed now direct via Neurot, while the special, limited edition colored CD version (black top/black bottom) signed by the band and containing additional artwork and can be ordered from Soulslayer. The vinyl version of Mass V will be available for preorder in the coming days.

Diagonal To Complete The Lineup For The 2013 Roadburn Afterburner