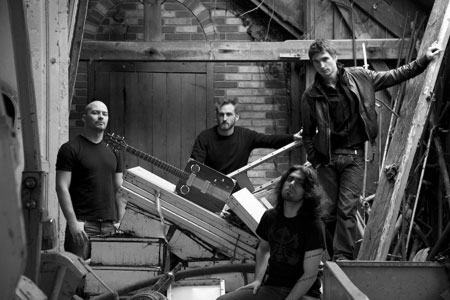 Parisians set to romance Desertfesters with riffs, licks and pounding grooves. Abrahma was formed in Paris, back in 2005 under the original moniker Alchosonic. The French 4-piece are made up by Seb Bismuth:on Guitar/Vox, Nicolas Heller on Guitar and they are joined by the Colin brothers Guillaume on Bass and Benjamin on Drums. Signed to Small Stone Records, the Psych Rockers have recently released ‘Through the dusty paths of our lives’ which features a guest appearance by the legend that is Ed Mundell (Monster Magnet/Atomic Bitchwax). Very Heavy Rock is very much on the menu, with large amounts of psychedelia running throughout their music, so don’t miss out on the French invasion at Desertfest 2013.