Having relocated to Devon long enough ago to almost be repatriated as a local (but not long enough to give a fuck which way you put your jam and cream on a scone), meant that it has nearly been 20 years or more since I stepped foot in a former celebrated drinking spot, the lovely The Royal Oak.

Just slightly removed from the centre and hewn from the distinctive Bath stone that Ralph Allen would use to help create the distinctive legacy of the city’s image, it was the scene for what would feel like a homecoming gig in more ways than one, for myself and the band who call it a spiritual home.

In fact that very much set the tone for the evening, not only did the gig double as a warm up for the start of The Somerset Variant Tour (credit to yours truly for the name I should add), but also as the album launch party for their widely (and rightly) praised The Sceptred Veil, out on the same day.

Very much an old school, classic British pub whose main bar area is not far removed from the size of the Lounge/Diner in the house that I just recently sold, the night was a refreshingly humble DIY affair. The band arrived, loaded in (guitarist Mark Sayer must have said ‘I’m not going to say no’ half a dozen times to willing offers of help), did their own sound and lighting equipment and clearly being a well-oiled machine had barely the most cursory of sound checks before taking to the stage at 9:30pm, playing a longer set due to the unfortunate absence of Oxford’s The Grand Mal who were unable to make the trip due to work commitments.

The ‘Hoof wasted little time getting down to business with Time Stood Still from their 2015 Ride The Hoof album (the YouTube video incidentally is a video of footage filmed in the same building) and delivering a fantastic hour and a half’s worth of entertainment.

As to be expected with the crowd largely consisting of friends, family, locals, and fans alike, everyone was very much at ease and the relative safe ground of the opening number helped brush away any nerves of a band about to embark on a jaunt around the country. Whilst the cramped settings meant there was little room to swing one of my daughter’s Lion Guard toys, yet alone an actual cat, this was more about savouring the connection with the audience than an execution in stage craft.

That being said, adjusting the technical set-up on the fly, the band still managed to faithfully recreate their distinct sound and with the crowd on their side they launched into new track You’ve Stolen The Words which sounded absolutely on point, fitting seamlessly and the band were looking comfortable and rightly proud of what they’ve achieved. Singer Dan Flitcroft was clearly having a wonderful time and befitting of such an occasion there was plenty of banter, birthday shout outs for members of the audience and dramatic proclamations of ‘POWER!’ in his delivery.

The set wasn’t heavily weighted towards more complex numbers from the new album, partially due to drummer Darren Ashman sustaining a hand injury a few weeks earlier, meaning the band played towards his strengths, but that did not deter them from knocking out the epic Avon & Avalon Part II in the middle of the set, immediately after delivering the crowd pleasing cover of Kate Bush’s Cloudbusting doing total justice to the atmosphere Sergeant Thunderhoof generate on record and showing that those soaring vocals need no studio enhancement.

The trick to appreciating the strength of the band’s new album and material from previous releases is to allow them the time to connect and as such the longer the jam-packed gig went on and the audience warmed up, the more absorbing and confident the performance became; delivering rocky and more well know numbers like Diesel Breath made the set feel like an effortless journey. The band built and built until the conclusion with favourite track Afterburner climaxing to ensure that not even a minor drunken altercation at the front of the gig derailed the momentum as they concluded the evening in triumphant fashion.

It’s slightly hard to compare this to all what I am sure will be fantastic dates on the rest of the tour; this was very much a one-off special evening. It certainly felt that way for me connecting with old friends who I haven’t seen in a long time and the setting being so intimate that if I was not wearing earplugs, it would have meant I would surely be writing this with tinnitus today. This was a celebration and a way of saying thank you to the original support that helped give them the platform for where they are now.

Each member, who could all be candidates for some of the nicest people that you will meet, took the time gregariously and graciously to talk to all comers – new friends, old friends, drunk, sober, or however they came. It would have been unfair to critique this like the biggest gig in the world, any quibbles that the band might have had, or mistakes they might have noticed, really didn’t matter and really wasn’t the point of the evening. As a kick start to what I am sure will be a very well received tour and hopefully a big period of success, this gig felt special and was well worth making the two-hour drive to attend. 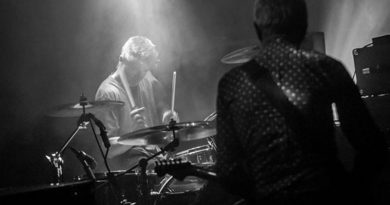 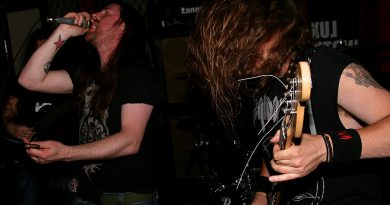 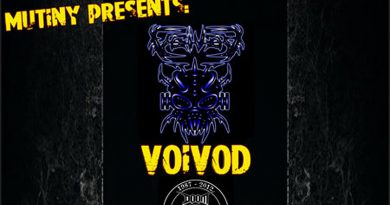