Sound Control is a bloody solid venue in the heart of Manchester’s student economy, with loud and clear amplitude and plenty of space to move around, but not tonight seeing as many hundreds had turned out for Portland’s most popular hard rockin’ export since Poison Idea. Upon arriving I only saw the last song by the excessively ‘metal’ Lord Dying so I can’t really give them a fair write-up. However, I simply did not feel attracted to their rather sterile pseudo-thrash. That’s how it struck me. Sterile pseudo-thrash. Like Holy Terror from the eighties or some other such forgettable and emotionless metal band who represented nothing more than a mere exercise in guitar finger placement and ugly gurning. Savage words maybe, but they are only words. I’m sure Lord Dying can shrug it off. I don’t know what I’m talking about anyway – I only heard their last song, which was lame. I think I just hate their name, and from then on made my mind up to dislike them. I’m being honest. It’s the least I owe you.

The Shrine were the band I was most looking forward to, having been listening to their two rollicking albums all week/all month. Three long-haired skaters from Venice Beach, California who look like they’ve walked straight off the set of ‘Dazed and Confused’. And get this – they were predictably brilliant. Yes, brilliant. So ‘brill’ that I want to see them again. I just knew they were going to kick ass (as those crazy Americans say), I mean, how could they not when they sound so damn fine on record? ‘Worship’ was the first song they played, which is the second track off the great new balls-out album ‘Bless Off’, and it was refreshingly ace. Tight, spunky, revved-up, bouncy, life-affirming American rock that takes a bow to ‘Damaged’/’My War’-era Black Flag as much as it does to Grand Funk Railroad and Ted Nugent. They look like they’re going to sound like classic seventies rock and their t-shirts, battle jackets and baseball caps reinforce this (although the singer and guitarist, Josh Landau, had a Suicidal Tendencies t-shirt on – one should never forget how great they were), yet when they plug in and blast out it’s pure Ginn/Dukowski/Rollins/Stevenson. But don’t get me wrong, they aren’t just a reductionist-revisionist attempt by three hip young ‘uns to rehash the Black Flag-sound. Oh no sir. This is a more subtle and complex exploration of the legacy laid down by the aforementioned hardcore legends, particularly the jazzy and very free guitar meltdowns of grumpy Greg Ginn. If you’re going to unashamedly tip your hat to a certain band, then why not choose the best?

Anyway, it was more than cool to be pressed against the barriers and to set my eyes and ears upon the dazzling rhythmic interplay of Courtland Murphy (bass) and Jeff Murray (drums), both of whom were absolutely solid and brimming with fire-cracking joy. Landau’s rippling riffs and wild-eyed solos topped this off like a prize-winning cherry atop a trifle of visceral exuberance. Every track was lapped up, and they played all the corkers off both albums. In fact, they’re spoilt for choice, because every single album track is dynamite. Absolutely no filler here. ‘Zipper Tripper’ sent the sweaty hordes mad, so did ‘Primitive Blast’ with its skewed guitar parts, ‘The Duke’ made every head nod in the house with its huge swerving blues riff, and ‘Hellride’ took off like a rock ‘n’ roll rocket bound for planet scuzz. The Shrine hit the target, and for me, threw the gauntlet down to Red Fang and came out tops.

Red Fang were very good of course – powerful, muscular and very listenable sludge-rock with an absolutely granite-solid rhythm section in the form of the Grohl-esque powerhouse John Sherman and vocalist Aaron Beam. My bone of contention arises with their last album, ‘Whales And Leeches’, which just didn’t deliver the golden promise of ‘Murder The Mountains’. This fact was borne out live as the crowd warmed to the honeyed melodies of their older material, but were met with just sheer brute power without the song-writing suss in the form of the new material. Recent tracks like ‘DOEN’, ‘1516’ and ‘Blood Like Cream’ are just about merit status but certainly NOT distinction, and after the high of the first two albums, this comes as a clear disappointment for quite a few people I’ve spoken to.

The sturdy Melvins/Kylesa/Mastodon influences showed through from the offset, marking Red Fang out as a new and successful breed of American band who take their stylistic prompts mainly from super heavy post-grunge stuff like the aforementioned performers, but as I keep stating, that superb early Queens Of The Stone Age-esque melodic touch that shone through so well on album # 2 seems to have left them. I hope its temporary, and they can invoke their muse again, because I like this band and their earthy no-frills approach to contemporary sub-metal. Speaking of metal, the crowd were VERY metal and suitably roaring to go, busting out in a welter of horned devil signs (for fuck’s sake – stop it now, it’s boring), shit beer and foaming spit for the inevitable show-closing ‘Prehistoric Dog’. Aye, I can’t help but wonder if these guys have shot their wad too early, and are all out of tunes now. If the next long player is like the last one (not that I’ve not enjoyed ‘Whales and Leeches’, there is something pleasantly pedestrian about having it on loud and enjoying its uncomplicated power and almost mediocre tuneage) then I think that maybe their glory days are already behind them. It happens to the best of bands.

The Shrine won anyway, although most of the crowd would disagree, because most of them were daft metal apes who just went along to listen to ‘Prehistoric Dog’ and ‘Hank Is Dead’, which they’ve played on YouTube about a thousand times whilst at work in order to pass the boredom. It was a good night anyway, and I’m not moaning (really). I’d not been to a gig for a few months and I needed this. The next night I went to see Conan prove they have become a giant black death-fuck machine that steamrollers everything in its path, but that’s another review (which I’m not going to write, because I’ve reviewed Conan about seven times now and I’m all out of adjectives to describe big powerful things). Needless to say they were exceedingly good, just like Mr Kipling’s cakes. 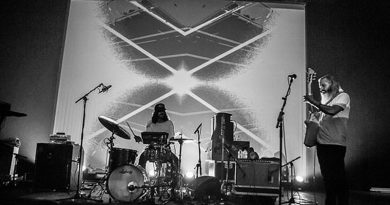 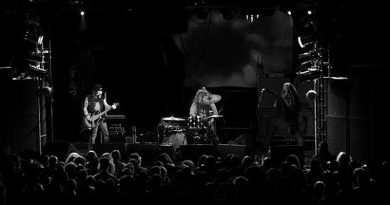 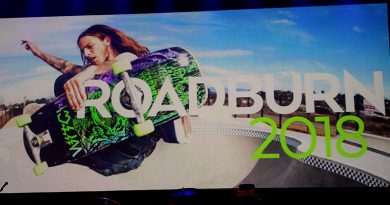