The bitterly windy cold weather did not dissuade me to go to Chalk because Elder playing in my town is a no-brainer, especially since this is their very first time down south.

I arrived just in time for the first band of the night: Irist, hailing all the way from Atlanta. I never heard of them before and barely made the time to delve into their discography before, so I went there with my ears wide open (10 bonus points if you get the reference).

Although it is not unusual to have early starts for midweek shows, the venue looked surprisingly empty after they finished their first song. The lucky few in the pit seemed to enjoy the progressive post-metal band, unfortunately I did not. Nothing personal, it was just a tad too generic for my liking, despite the fact that some of their songs were partially sung in Spanish and Portuguese and also that the grunge influences could be heard throughout their set.

I could not find exactly what sets them apart from the hundreds of bands from that scene, but I could appreciate that they wanted to show us what they’ve got in stock. You want technical riffs? They got ’em – courtesy of Pablo Davila and Adam Mitchell. You want blast beats? Jason Belisha has got ’em for you. You want growls? Rodrigo Carvalho (vocals) has also got ‘em for you. He actually mentioned after Gloria that it was their very first time in the UK, supporting their friends from Pallbearer and Elder.

Throughout their seven-song set, they did their utmost to galvanise the timid audience on this gloomy Wednesday evening…

Throughout their seven-song set, they did their utmost to galvanise the timid audience on this gloomy Wednesday evening, only to witness smiles and nods. That being said, they definitely earned my sympathy and I honestly hope they will grow to be bigger in popularity and bolder in their melodic ventures, especially because Surging Ablaze, was a pretty good song.

Whilst The Body & Big|Brave’s stunning collaboration record Leaving None But Small Birds was playing, I was eagerly waiting for Pallbearer with a drink on one hand and my camera on the other. The crowd got much bigger as time went by and the first notes of Foreigner’s intro starts: goosebumps! There’s an epic showdown between Joseph D. Rowland (bass) & Mark Lierly (drums) and Brett Campbell (vocals/guitar) doesn’t take as much space as you’d imagine, especially because of his strong clean vocals. Did it doom? Heck yes, they did! These guys doom like no other, believe me.

‘Get closer, everybody’, said Campbell just before playing Silver Wings, but then we couldn’t hear his voice. Damn Chalk and their fucking wonky amps. The rest was excellent, just wished I could hear of Campbell and Devin Holt’s harmonies. Riverbed starts so well, I can just about see other faces beaming as brightly as mine and headbanging in unison. A warm round of applause before The Ghost I Used To Be started, and I already know I’m about to lose all the shits I got left for this month.

This was an hour and fifteen minutes of bliss, riffs, and prestige…

With beautiful harmonies and ethereal ambiance on stage, everything was perfect… well, almost perfect because they played Caledonia right after, which to me is the closest thing to doom excellence. And then came the classic, the anthem if you want, the one that got the band their well-deserved hype. Of course, I’m talking about I Saw The End. This was an hour and fifteen minutes of bliss, riffs, and prestige.

A little intermission and a few chats later, the entire venue moved forward, so they can see Elder come on stage and start straight away with the oh-so-groovy Compendium. The entire venue started to dance, headbang and boogie, it definitely felt like a party. Singer/guitarist Nick DiSalvo’s riffs were exquisite, fellow axeman Mike Risberg looked incredibly cool throughout the set and Jack Donovan (bass) jived along with us.

Unfortunately, and this happens EVERY SINGLE FUCKING TIME I go to Chalk, it was a hassle of the highest order to not be able to hear DiSalvo from the first rows, so I had to move around the venue in the middle of Dead Roots Stirring to pick up his voice. Gemini was the anthem of the night as everybody moved in waves to the sounds of the heavy riffs and groovy rhythm section. But Sanctuary was, in my humble opinion, the highlight of the night. Truth be told, it took me a while to get into their latest album Omens, I liked it at first, but also didn’t quite get it. After this Brighton show however, I completely understand where they were going, and everything made more sense.

Elder are mastodons when it comes to high-energy shows, the key element of their craft resides in their calculated spontaneity. It’s damn technical and yet, they make it sound and look so easy, which is why there will be a before and an after-Elder, just like other legendary stoner rock bands like Kyuss and – dare I say – Clutch, they know exactly what tricks to pull out for a hella good time. If this show proved anything, it is that the power of heavy riffs can compel anyone with impeccable music tastes or anyone who just likes to party. Or both. Both are good too… 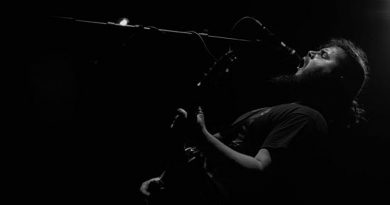 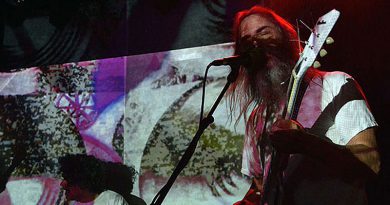