Matteo Barsacchi of Mr. Bison, like me, can talk about music and gear for far longer than anyone should. That’s why we hit it off so well and continued to talk about gear after we’ve wrapped up this interview. He’s a great guy who appreciates music and creates some outstanding albums as he truly loves what he’s doing an it shows.

Mr. Bison recently released their fourth album Seaward and proves they’re in this for the long haul. Each album progressively gets better but I still find myself going back to their previous albums as well. Matteo shares an insight on the creation of these terrific songs and even provides some advice on starting a band.

I’ve been, for some time now, hooked on the album Holy Oak. Start to finish its fantastic. I started to dabble into some of your other albums and I’m really enjoying them as well. What is your writing process like and do you concentrate on songs or consider the album as a whole?

First of all I wish to thank you for this Interview, Holy Oak is a nice album, a good mix between heavy rock and psychedelia, every record sounds different. I think it would be a little bit boring if every record was produced in the same way with the exact same sounds, songwriting and tone. Experimentation is a huge part of the composition. in fact, about the writing process, I usually start to write from experimenting in my recording studio, I like to create sounds or ‘drones’ on the  guitar or playing some synth or keyboards.

This sounds give an image to the album, for example, in the new release Seaward I tried to create drones by imagining the sea, the sirens and some sea details like the title track’s intro. I create different drones in different tonalities and start to record guitar riffs and harmonisations. The second step is the voice, we create some vocal lines that transport us in the development of the song. Then we jam together on the pre-production, this way the songs are born. I consider all of the album as a one great song right from the start by taking care of the dynamics of the entire album and linking the tonality from song to song.

By researching the sound and deepening all the music from classical to metal. I believe it’s important to always listen to new music without prejudice, every note or combination of sounds can inspire. I need music, I do research every day, from the most unknown bands of the 70s to popular ethnic music. By experimenting with classical sounds in a modern way with guitar effects, you can create some very interesting stuff.

One day I’ll play something on guitar, the next day attempt to play again and it’ll sound terrible. I’ll get discouraged and stop playing for a little bit. What do you do when you’re having off days and how do you get inspired to play again?

It can happen to experience days without artistic inspiration, in those cases it’s better to leave all instruments and focus on something else.

My days off and my extra music activity are very important for music inspiration, I live at the seaside on the Tuscan Coast, I like to fish on my small boat, I’m a biker and I like to make art objects and paint even if I’m not so good 🙂 During these activities, in the background, music is never missing.

the guitars harmonising is the focal point of the band…

Do you have a song or even part of a song you a particularly proud of writing?

Yes, there are many parts that I love, for example the intro of Heavy Rain or the song I’m The Storm off our latest album Seaward. The structure of our songs are entertained from the guitar riff, and the guitars harmonising is the focal point of the band.

I love your guitar tone. For example, the song Earth Breath hits that sweet spot of distorted clarity. What amps are you currently using to achieve your tone and do they differ from studio recording to live?

The guitar sound on Earth Breath is a combination of some custom pedals: an Overdrive SMOG, a boutique pedal from an Italian artisan named Mastro Valvola, the second is the Bison Fuzz, a pedal built by the engineer Luigi Ridolfi of Steam Tractor from my instructions, basically it’s a clone of the Scrambler by Ampeg with some mods. The last pedal is the Pog by Electro Harmonix. Many pedals like Big Muff, TS9, Wha have been modified by ‘Mr T’ Alberto Dani of T-Pedals.

My guitar sound is heavily based on a classic British tone…

My guitar sound is heavily based on a classic British tone, I play mostly a vintage ’78 Hiwatt DR103, but I have also an old Orange Rockerverb 50W. The sound is often composed from the combination of two amplifiers, a Hiwatt for the first line and an awesome David Eden bass amplifier for the second line. In the recording studio I always use the same pedal setup, but I have used four different Heads – Hiwatt DR 103 100w, Orange Rockerverb 50w, ’69 Fender Bassman 50w, and a Steam Tractor Andromeda 50w, a great, very clear, custom Italian amplifier.

Mr. Bison is a three piece without a bass player, can you walk me through your pedalboard to help compensate for the bass.

Yes, Mr. Bison plays without a bass, but we have two bass amplifiers on the stage 🙂 Each guitarist has two guitar lines, one for the guitar sound and one for the bass sound and I’ll try to briefly explain how my pedalboard works…

The core of my pedalboard is an Analog Looper by an Italian artisan named Claudio Curcio, the looper is FXCase Electronics Lopper 3.0 and is an awesome device because it can manage a lot of pedals and amplifiers with an analogue signal path, but a digital management about the composition of the pre-sets without loss of signal volume and brightness.

This device allows me to have two separate guitar lines with different effects, with a simple ‘click’ I can switch from one amplifier with a simple clean guitar to two amplifiers with a Fuzz FX guitar and a clean and warm bass line.

Through an always active pedal of the Digitech Drop I convert the second guitar line to a bass sound. Sometimes I can convert the line of the bass to hammond with an Electro Harmonix POG2 like the intro of Oudeis.

Each guitarist excludes the bass line when playing a solo, but we can activate the four amplifiers simultaneously, two bass lines and two guitar lines create an awesome wall of sound in the monolithic parts.

Lastly, we have reached the guitars! What kind of guitars do you have, and do you have one favorite guitar or an arsenal of guitars to choose from?

I’ve had many guitars, but I love the sound of the SG, I have two SG’s. The first one is a ’98 Gibson SG Standard modded with a PhatCat in the neck position, the second one is a Japanese Orville SG. Sometimes I use a Fender Telecaster Standard, also modded with a PhatCat in the neck position and I often use an awesome Custom guitar made of Cedar wood, a guitar built by a great Italian artisan Christian Bona of Bona Guitars, it’s equipped with two humbucker TV Jones Power’Tron Plus, treated with a sandblasted technique. I recommend him.

I’ve had many guitars, but I love the sound of the SG…

Do you have a guitar, amp or pedal that you’ve had for a long time and will never part with?

Yes, my Gibson SG Standard Cherry, it’s the first professional guitar that I got. I ordered it from a small shop in my home town, I still remember the days of fearlessly waiting for the shopkeeper’s call, the crimson case is like the inside of a coffin. When I was young, I was very ‘dark’.

What advice would you give to a new band starting out?

My advice is definitely listen to a lot of music, don’t be afraid to make strange experiments, always try to be self-critical, and never stop at the first listening, all music with an interesting and the right sound can become cool. Also the main advice is to believe in your music. If you don’t believe strongly in your music, no one will believe it.

If you don’t believe strongly in your music, no one will believe it…

I was very happy to explain my equipment. Many sound and gear nerds like me appreciate it.  Thanks for this interview, and thanks so much for this awesome column that I always share. Lastly, thanks a lot for supporting our lovely scene. Rock on!! 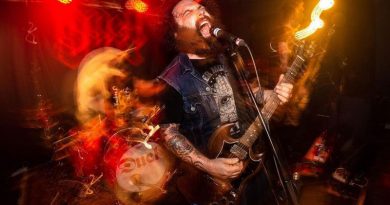 In Search Of Tone: Tom Frank Of Duel 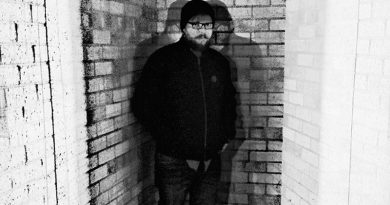 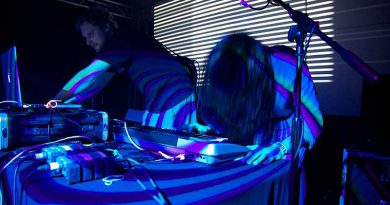