It’s important to find good role models to help push you to reach your potential. I’m here to tell you I found one! Jake Wallace of Elder Druid is an exceptional person. He’s down to earth and a pleasure to talk to the last month. Jake was born without his left hand and proves that you can do anything you put your mind to. He’s fixed up guitars to suit his needs and plays lead guitar in an outstanding band! He‘s an inspiration and has taught me to stop complaining about barre chords (haha) and really put in the effort to learn guitar.

Elder Druid released the monstrous album Golgotha pre-pandemic 2020 and working on releasing a new album this year. The five piece create some hard hitting music with some of the best fuzz tones I’ve heard in a while. Below you will learn the insides of how this epic music is created as Wallace takes us inside the world of Elder Druid.

I could talk about gear all day, and often try to (haha). Let’s start off with amps. What kind of amps are you currently using?

I’ve been using a Laney GH50L tube amp for the entire duration of Elder Druid. Black Sabbath and Sleep were probably the main influences that turned me on to Laney and I absolutely love it. In terms of cabs, I use a Laney GS412 and a home-made 2×12 built by our bassist Dale Hughes.

What kind of pedals have made it to your pedalboard? Do you change and experiment often with new pedals or have a favorite few you won’t get rid of?

I generally use fuzz pedals for Elder Druid so I’ve been through a few since we started the band. I think my first was the Nine of Swords Tyrant Fuzz. I used it on one of the very early live recordings The Loft Sessions back in 2015. My next fuzz was the Black Arts Toneworks Pharaoh. Our other guitarist Mikey Scott had bought both that and the Black Arts Toneworks Black Forest pedal and ended up selling me the Pharaoh. I used it on both Magicka and Carmina Satanae.

The next fuzz I bought was the Behringer SF300, an extremely cheap but incredible pedal that I tested out on tour with Chubby Thunderous Bad Kush Masters. They swore by these pedals and I bought one straight after the tour and ended up preferring it over the Pharaoh. I used it on our most recent album Golgotha and just recently I bought an Electro-Harmonix Green Russian Big Muff Pi so I’ll probably use a combination of all of them on the next record. I recently bought a Battlehammer overdrive/distortion pedal as well from Moose Electronics, based in Dublin, for an extra boost when necessary. Aside from fuzz/distortion, I use an EHX Small Stone phaser, EHX Ocean’s 11 reverb, EHX Silencer noise gate, Dunlop Cry Baby wah and a Strymon El Capistan tape echo.

I’ve seen a few awesome guitars you posted on Facebook. I especially love the Telecaster with P90s. Can you tell me about which guitars you have and the unique way you’ve set them up?

I currently own a 2012 Gibson Firebird 70s Tribute and the Telecaster is a recent purchase, to replace my old SG. These are the two main guitars I keep in our rehearsal space and then I have a Stratocaster at home for more laidback noodling. The way I play has a big influence on the kinds of guitars I go for because it’s slightly unorthodox. I was born missing my left hand so I had to make a few adjustments to find a playing style that would work.

Since there are two guitar players in Elder Druid, how do you guys create tones and riffs that complement each other without getting in each other’s way?

The mix of the Laney and Mikey’s Orange head provides a really nice blend of tones for the kind of music we play. Mikey and I also had some quite different influences so we’ve always played slightly differently which has allowed us to complement each other fairly well. One of us usually brings a riff or two to band practice, we’ll jam it out with the other guys and build it up from there. It’s very rare that we have fully formed songs before we get the chance to jam with the rest of the band.

Another nice blend of sounds is down to the fact that when I do a downstroke on a chord, I hit the higher strings first due to my string orientation, whereas Mikey will hit the lower strings first. When we hit the same chord, it makes a much fuller sound.

Is there a guitar, amp or pedal that you have had for a long time and will never get rid of?

I can’t imagine getting rid of the Laney GH50L. I thought about upgrading to the 100W version but it’s honestly just not necessary. If it ain’t broke, don’t fix it. Same goes for the Firebird. I fell in love with that guitar and I don’t think I’ll ever part ways with it.

I’ve been a fan of Elder Druid for a while now. Some of my favorite songs are Reigning Hell, Golgotha and Sleeping Giant. What is your writing process like when creating such great music?

Cheers mate. Almost every song comes from either myself or Mikey sitting in our bedrooms writing riffs and recording them very roughly on our phones. They get sent into the group chat and we talk about what we like/dislike about them. The next stage is jamming them out at band practice and seeing how they work with drums, bass and it allows Gregg [McDowell – vocals] to get a feel for how his lyrics should fit amongst it all.

Before the pandemic, when we were playing live shows, we’d always throw a brand new song into the set just to see how people react to it. That’s probably the best way of knowing if it’ll work, if we need to strip some bits out or add bits in. The general consensus of a room full of people is quite a good way to gauge whether a song or riff works or not.

I can’t imagine getting rid of the Laney GH50L…

Barely! It’s always a struggle trying to come up with something that is totally unique. In the world of doom/stoner/sludge, there’s a lot of stuff that sounds very similar and it’s probably down to the fact that everyone has the same influences so it’d be impossible not to channel some of it from time to time. We just have to try and think outside the box without sacrificing some of the core sounds in this kind of music.

If I pick up the guitar and nothing is working, I’ll probably not touch it for the rest of the day, but by listening to other music, it kind of opens your mind a bit more and allows a dash more creativity in. There’s always gonna be days where riffs work and days where they don’t but when you experience enough of both, you know that there’s always gonna be another riff just around the corner.

I always loved Rogue Mystic. Probably my favourite song from the pre-Golgotha stuff…

I always loved Rogue Mystic. Probably my favourite song from the pre-Golgotha stuff, but more recently, I’d have to say the end sections of the song Golgotha. I remember sitting in the house writing them and I just had a feeling they would be totally crushing. The final version on the album concluded that feeling. I also love Sentinel. Basically the same basic riff from start to finish but it’s just so much fun to drive that riff out when playing live.

What advice would you give a new band starting out?

Avoid pandemics! Support your local music scene. Go to as many gigs as possible, both local and further afield if you can. Don’t try and please anyone else if you’re sacrificing your own happiness. Make sure when you’re up on stage, you’re having the fucking best time. Follow the smoke to the riff-filled land.

Thanks for having me guys. Much appreciated. Our new album will be out later in 2021 on Interstellar Smoke Records so keep an eye out for that. If you want to check out any of our older music or pick up some merch, you can do so by heading to our Bandcamp page. Cheers! 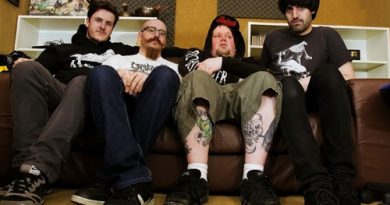 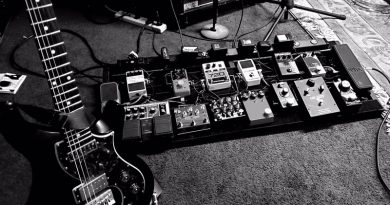 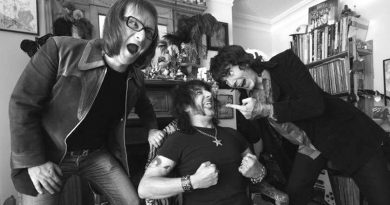