Barely recovered from the tremors the Italian trio left in their wake at Desertfest, back in April, the UK is set to be ravaged by doom space cadettes Ufomammut once more and this time they’re bringing company. The Shaman collared Urlo, responsible for keys, bass and vocals within the band, before he hopped aboard the ‘mammut spaceship…errrr…we mean tour bus and interrogated him about life on the road and their love of playing live. 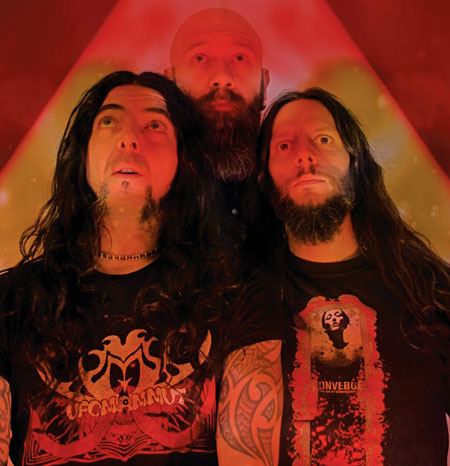 It’s a way for dealing again with our sound from the past to the future. For giving ourselves the chance to understand what we were, we are and we’ll be. Like a wormhole in the space.

What can we expect to hear in the set list?

We decided to “celebrate “our first 15 years as Ufomammut with a sort of revisited compendium of our hits. Songs we already played in the past plus other tunes we’ve never performed. It will be more heavy and back to the roots than ever.

Have you had a chance to check out any of your support acts? Who has impressed you the most so far?

Apart from the Supernatural Cat bands we toured with in the last years ( Lento, Morkobot, Incoming Cerebral Overdrive) we remember Machete and Suma.

Finland are the country you’re going to be playing in most – they rack up an impressive four dates! Any special reason for this?

Easy. In Finland there is Moomin World! Check it out. By the way we play a lot also in Germany and recently in Spain and Portugal. We are trying to expand our influence worldwide, but we take our time… 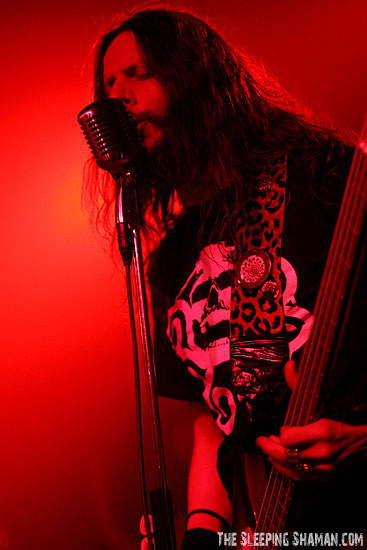 What goes into making an Ufomammut performance perfect?

The perfect ingredient is the special connection between the band and audience.

You’re a band who spends as much time touring and playing live as you do writing and recording – how do you strike an even balance and keep things fresh?

Don’t know…we just try to go on our way, doing what we like the most: creating something that represents us and then trying to understand it better playing it live.

What’s been a tour highlight for you in your musical career so far?

We don’t like to focus on the so called highlights; we prefer the present and the future. We had many gigs we enjoyed, others we don’t, but we still have to do too many things.

Favourite country to play in and why?

Italy, for the food, haha! Seriously, touring around we discovered that each country is a cool place to play in, for different reasons. And there are similarities between people that like real music, even if the countries are different.

What’s next on the agenda for Ufomammut once the tour is finished?

Sleep a little bit and then we’ll see what will happen when we wake up.

See you soon on these roads… Or maybe better at the gig, it’s easier. 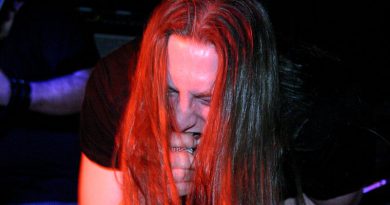