Okkultokrati have being making quite a name for themselves across Europe with one of the most ferocious takes on punk this side of Black Flag which is cemented with the recent release of their latest album ‘Snakereigns’ and Alex Varley caught up with Okkultokrati’s drummer Night Spurs to see why Norway always has the ugliest music. 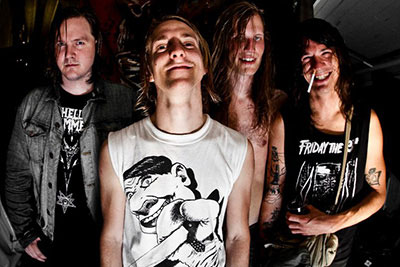 Night Spurs: We formed in 2008. None of us were that close prior to starting the band, but we got together based on a common desire to create some fucked up tunes. Out of a common love for Rudimentary Peni, Poison Idea, Black Sabbath and Black Flag, our 11 song demo tape emerged and since then we’ve just kept on rocking.

Okkultokrati’s sound is quite hard to pin down. How would you describe the band?

Yeah, people put way too much effort into that… We’re nothing but a mighty punk band with a heavy feel to it all. No riffs, no blast beats!

How influential was the Norwegian black metal scene to you growing up?

Not influential. I was a punk rocker.

Has the music scene in Norway changed since your formation?

I never paid much attention to the overall music scene. But it’s clear to see that since we started this band we’ve been a part of a small but awesome fraction of the Norwegian rock scene along with Haust, Dark Times, Årabrot and Blackest Woods. Before that, it was only Årabrot flying the flag of weirdo heavy rock by themselves. 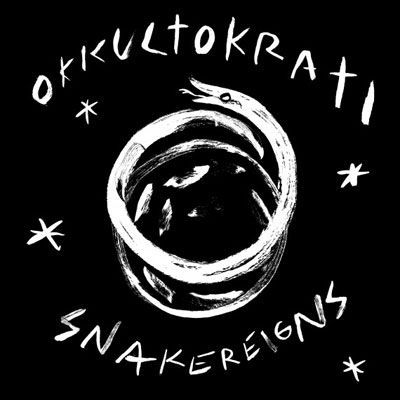 Have you got any negative responses from black metal ‘elitists’ who don’t think the sub genre should be mixed with anything else?

It’s interesting how people always refer to this “mix” of genres in our music as something unique and “different”. It makes it evident that people see genres as isolated and something that should be kept within its own sphere. This is especially apparent in metal and hardcore when you consider all the “tribute” bands popping up these days. Like the “retro thrash” wave going on, where the main endeavour seems to be to recreate a certain sound/production, and doing everything by the rules. Seems like the genre has come full circle, and has nothing new to offer. It’d say it’s better to let it rest then, instead of raping the old legends. Hardcore bands today, of course, are almost defined by this urge to copy bands from the 80s, whether modern bands are trying to be SSD or Chain of Strength. I have some serious trouble seeing the appeal of ending up as nothing but a bleak image of what happened 20+ years ago.

When we started Okkultokrati, our only plan to make some hard and ugly music. And that’s always been our only guideline. Since then, people have been throwing all kinds of genres and “similar bands” at us, like they know what we’re trying to do. It’s fucked up to read stuff like “Yeah, these guys have definitely been listening to some Entombed!”, when our guitar player Snake, who writes all the songs, HATES Entombed. Kinda makes you wanna stop reading all the bullshit people type out. How the hell can you be so sure what a band is influenced by? It’s absurd. If people, be it BM elitists or other fnords, think we intend to create this perfectly mixed 50/50 hybrid of (black) metal and hardcore, then they’re seriously fucked in the head.

Where is your favourite place to gig and why?

Truckstop Alaska in Gothenburg is so great. Hafenklang in Hamburg as well. The people who work there, the food they serve and the beer you can have is top notch. You don’t need much to satisfy a band on tour (at least not us), but don’t fucking serve us water with lentils and warm Carlsberg 3,5%. Put some effort into it! Also, Spain is the place. Killer shows all over, no matter where you go.

You’ve played with a variety of both hardcore and metal bands. How would you say the two crowds differ and which do you prefer?

It’s nice to see that we can attract a crowd of a certain variety. It’s especially nice to see metal heads come to our shows even when we play the crustiest of squat holes. I’d hate to just play for the “house crowd” and be someone’s soundtrack to moshing/drug use, so knowing that people actually show up for the music makes me happy. 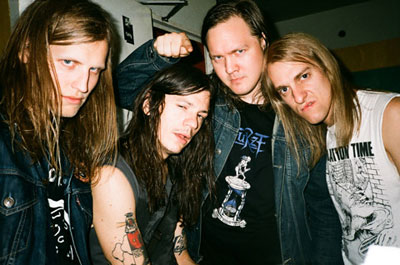 You’ve recently released ‘Snakereigns.’ How do you think this album fits in with the rest of your material?

It’s yet another hard hitting rock’n’roll output, so it fits in perfectly.

The artwork to ‘Snakereigns’ is quite unusual. Could you take us through how the artwork concept came about?

The artwork was originally going to be something completely different. Sebastian Rusten had been working at the intended artwork for over 6 months when we recorded and found out that lyrically, thematically and musically it ended up a little different than first planned. We found out that the artwork needed to reflect the vibe of the songs and asked Eben S. Titland who had done cool things for Haust to come up with something. We fell in love with his take on it and asked him to do the entire thing. The CD-version also has a cool take on the infamous Battle of Los Angeles UFO-picture we’ve kind of adopted as our own unofficial logo thing as well.

Finally, what does 2013 hold for Okkultokrati?

Keep on doing what we do. Tour, make new songs, record them, put them on records. Nothing special, just being a band.

Keep up to date with all the goings on with Okkultokrati at http://okkultokrati.blogspot.com. 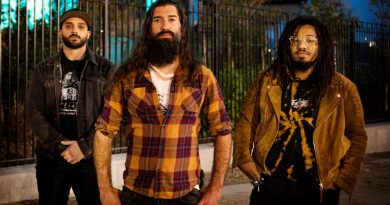 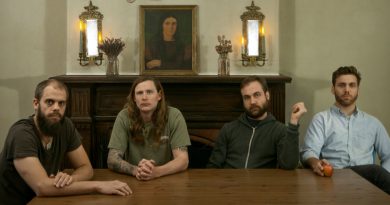