Ever since I was a kid I have always had a big interest in Greek Mythology, from books in the school library to Harryhausen flicks, and being called Jason made my stupid name seem a bit cooler. Fast forward 25 years and I see a flyer for a gig happening the same night in Manchester by a band called Lair of the Minotaur. Already too late to travel but intrigued by the name, I thought I would check them out to see what I was missing. I downloaded Lair Of the Minotaur’s ‘The Ultimate Destroyer’ as that had just came out at the time, passing it off as a Pelican “side project” I popped the disc in the player. I would struggle to find the right words that very night (never mind the disappointment I was missing them live!), but testament to my enjoyment I went straight online and ordered ‘The Ultimate Destroyer’ and their entire back catalogue. Eagerly anticipating more material I was elated to get ‘War Metal Battle Master’ upon it’s release. Upon putting that into the CD player and cranking it up, I swear it was as though the Teeth Of The Hydra were rising from my speaker system. Face it with a title like War Metal Battle Master, things don’t get much more metal than that! Recently, I caught up with Vocalist/Guitarist Steven Rathbone for a few words…

Can you give us a brief introduction to Lair Of The Minotaur? Who is who and who does what?

Describe your sound to someone who is deaf?

Just punch them for 40 minutes.

Personally I find Greek Mythology a bottomless well of awesome tales, characters, monsters that serve metal and all its aesthetics very well. Do you ever find the angle limiting? Or harbour any urges to stray once in a while?

No. Not yet. Some of the songs are about specific stories in Greek mythology. Some songs I’ll use the characters but just make up my own story. So that opens things up quite a bit. There isn’t one book that’s the “bible” for these myths. It’s a collection of stories, passed on for a long ass time. But in the end, the lyrics are there to accentuate the music. 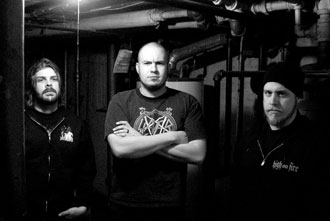 Any chance of some Lair Of The Minotaur action figures?

Probably not, if anything it wouldn’t be of us, but of a Minotaur.

How did Larry Herweg leaving affect the band? Did it give you the opportunity to “up the ante” a bit, and let folk realise it wasn’t a mere Pelican side-project?

We miss Larry. But our new drummer Chris has worked out great. He’s been an excellent addition to the band. We’re all friends. Larry moved to LA and as LOTM got busier it just didn’t work out with schedules.

The production duties have always been served by Sanford Parker, what does he bring to the Lair Of The Minotaur sound? Do you feel you may sound different if you used someone else?

Yeah, he’s like a 4th member. He’s probably the only person on the planet that I listen to in regards to our songs. Not structures, but vocal effects, mixing, etc. He’s got a great ear. This album was the first recorded at his new studio, which is much bigger and a cool space to work in. I’m super happy with how the new album sounds. Not interested with recording with anyone else at this point. 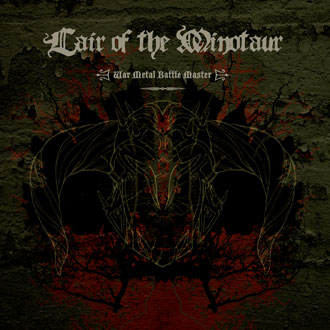 Was ‘War Metal Battle Master’ having a rawer sound than ‘The Ultimate Destroyer’ a deliberate move? Or did it just turn out that way?

Hmm, most people think the opposite. But I guess it hits everyone’s ear differently. Or a matter of what a person likes to hear. Different frequencies, instruments, etc. The guitars are really loud on Ultimate Destroyer. That was intentional. This is a different album though. Wanted a consistent raw bombastic sound, but definitely mixed differently. Everything is louder.

How are things at Southern Lord? Do you feel being on a label that have output people can trust has helped gather a following?

We were all fans of Southern Lord before we signed with them, and still are. Very humbling to be on such an awesome and diverse roster. Very happy where we are. The label has a following because they consistently put out quality music. We’re like the black sheep on the label. But I think it makes sense because we don’t sound like most metal bands that are out now anyways.

What gear does Lair Of The Minotaur use? Do you have any endorsements?

No endorsements. We use Sunn heads and Emperor and Sunn cabs. I use Gibson guitars. All other guitars feel light and puny. 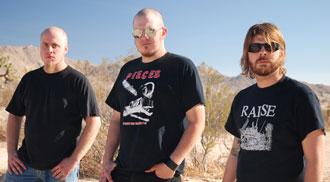 The music is very riff orientated but there it also has its fair share of vocals too, which do you write first?

The riffs!!! I record demo’s for each song at my home studio, with drum machine, guitar, bass…everything except vocals. I’ll record all the songs and sequence the album so I can listen to it. Try to make it one complete package. Instead of a bunch of songs strung together. Make sure the whole album stands up. Then I’ll give cd’s to the other guys and we’ll start working the songs out in practice. Then I’ll add the vocals. But I’m constantly researching for the lyrics. Reading things people only read when they have to.

How was the recent mini tour with Amber Asylum? Any plans to return to the UK?

We did two shows with them in the northwest. It went good! Very cool stuff they do. We’re currently making plans to come back to UK / Europe. Keep your eyes peeled for that!

Finally, any chance of some Lair Of The Minotaur action figures?

Thanks a lot for doing the interview, feel free to add a few final words…

Check out the latest info for Lair Of The Minotaur at: www.lairoftheminotaur.com 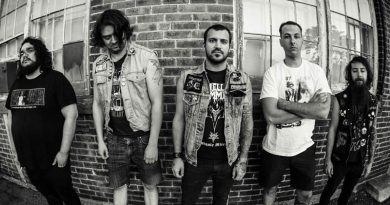 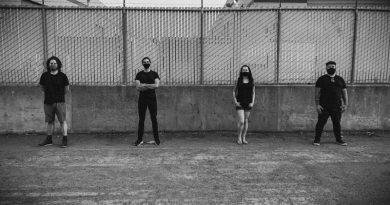