The Dutch band Galg released a record this year. They’ll also be playing the Incubate Festival this September. The sound of this formation is grim and depressing, but in a good way. Listening to their song Monochroom is like an emotional catharsis, taking you on a sonic journey through the deepest despair. Time to check up on Galg and learn a bit more about the mysterious band.

Hey guys, so who are Galg?

We are T. on first guitar and O. on second guitar (there’s also drummer M., ed.). We’re three relatively happy people from the east of the Kingdom of the Netherlands. We’ve been together in a few bands in the past and just generally know each other from whatever.

Do you guys play in other bands outside of Galg?

The second guitar player currently plays bass in a black metal band called Lubbert Das and the drummer also has a black metal project called Fluisteraars which is super good and you should all check it out. We’re all still waiting for the first guitarist to amount to anything.

What is the general idea behind the music of Galg? What does the entity ‘Galg’ represent?

Galg is where we strip down our views to their purest, raw form. It is a place of shameless self-pity, blind anger, and sadness. Galg is about everything we hate about the world. Galg is not about nuance, or showing off our verbal prowess. It is, at its core, an expression of despair. 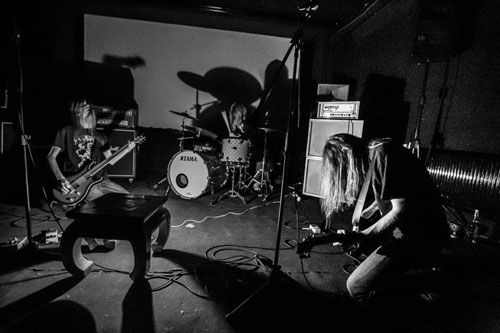 Why did you choose the title ‘Monochroom’?

Foremost we just wanted to convey the overall feeling of the song. In a general sense of the meaning however, the title refers not to some form of “blackness” or “darkness” that other music might want to express, but instead a lack of any colour at all. Hence the grey design etc. Just bleakness, you know?

Can you tell us a bit about the track? Listening to it, I felt it seemed to toy with the idea of a ritual and the expression of deep despair.

It’s great that we managed to get that across. We try to deal with repetition and the hypnotic effect it has on you when listening to noisy and dissonant music like this. I guess in a sense a ritual might utilise the same techniques? It’s interesting to see how far you can take a simple idea.

How did the recording and writing process go for this release?

When we write songs, usually one of us will show the other an idea they’ve had. For me these are usually tiny bits, like a few bars of a rhythm I like, or a harmony that sounds especially troubling. We’ll exchange these ideas, play them a bit, and in the process we’ll come up with a second part, some ideas for drums, et cetera. We always sit down and see what the other thinks really early on in the process. It’s very much an interactive effort in this sense.

We recorded everything ourselves in different spaces and at different times for Monochroom. ‘Waardeloos’ (Useless), a track we did in a friend’s studio, we did that live in his studio with a video crew filming it. It differs from how we normally do things but it was a cool opportunity to challenge ourselves. With the recordings of the upcoming album we sort of went back to our natural writing and recording habits. 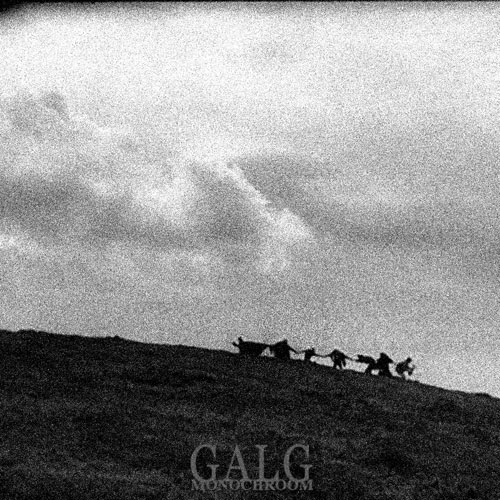 Do you guys have other material coming out any time soon?

Yes. We have an album coming out this September, “Afzicht”, available digitally and on cassette through Tartarus Records. It’s going to contain two tracks, at just under 40 minutes total.

There’s some shows scheduled. What are you looking forward to most?

Well obviously we are super excited about playing Incubate Festival this year, September 20th, with Ortega, Bismuth and Aderlating. We will also do a show the day before in Leiden. Other than that we have a show in Nijmegen, our home town, September 4th at Nothing Changed Fest. We kind of put off playing here because we didn’t wanna be that band that plays next to their own rehearsal space every two months, you know? So we waited for a cool opportunity, and now we’re playing this awesome festival with great people and bands!

What do you think the live performances of Galg will feel like?

Intense and just the tiniest bit nauseating hopefully. That feeling of sex and death.

Why does it say ‘Does this make you happy (in dutch)?’ on top of your bandcamp page?

Because it makes us happy and we want to share.

What plans does Galg have for the future?

Release tapes and vinyl’s that are generally not welcomed by the world at large and get money to buy drugs and amps.

Are you happy people?

Check out the video of Waardeloos below and Monochroom is available for free download and stream on Galg’s bandcamp page. 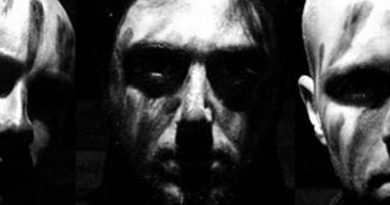