Corrupt Moral Altar are one of the fiercest, rawest bands to come out of the murky, dark north. Their twisted wreckage of a debut record amalgamates grindcore, hardcore punk and sludge to terrifying but brilliant effect. I interviewed Tom Dring to find out where the inspiration for ‘Mechanical Tides‘ came from, and what the future holds. 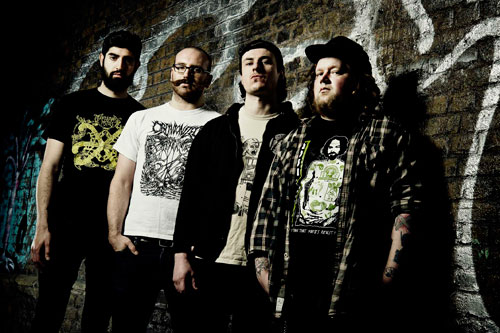 Hey guys, thanks for giving me the time to interview you. Tell us a little about how you started the band?

No problem, I’m writing this while sipping a smooth weissbier in the Czech Republic so it’s no bother at all! We formed in the summer of 2012 after a series of questionable decisions led to the 4 of us congregating in Merseyside. After a few nights at the pub with John, I received a text which simply read “do you want to start a band which is all about the smash?”. I’m quite glad I idiotically said yes.

Your sound comes across as a mangling of hardcore punk, sludge and grindcore, where does the main influences come from?

Hardcore punk, with sprinklings of all the other filthy style we’ve played or listened to over the years.

You had glowing reviews of your previous demo and EPs, did that give you the confidence to create a full length?

We started writing the full length about 2 months after the the first EP was released, so it was never about confidence, it just happened. Of course the reviews were a bonus, we’d get drunk together and congratulate each other on how fantastic we all were.

You’re signed to Season of Mist, a label who has an impressive pedigree of quality music. Does this pressure you into creating something special?

The album was already completed before we signed with them, but we always put 100% into everything we do. This album is very personal to us musically and lyrically so it was a massive compliment and very humbling that Season Of Mist wanted to release it. 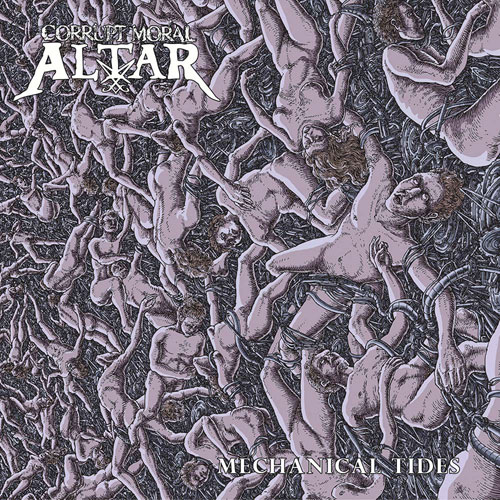 Your new record, ‘Mechanical Tides’ is one of the nastiest records I’ve heard all year, what provides the inspiration for it?

The world as it is today (fucked, basically), booze, regret, drugs, anything we’ve done or encountered in our lives so far. And of course, good old rock n roll.

I particularly enjoyed the second track, ‘Blood Harmony’, and ‘Wire Mother’ too, is writing a collaborative effort?

We usually just jam a few riffs and organise them into a song within an hour. With Blood Harmony, John wrote a complete song and showed me it at practice and after a couple of minutes of jamming, I told him it was a bit crap. He said “OK, how about this other one I’ve been working on?”. I thought this one was great! Took me 6 months to realise it was that same crap song played twice as slow. Bastard.

You’ve toured with the likes of Brutal Truth and Extreme Noise Terror. How was that experience?

We only did the one show down in London with them but it was great! It was especially good for John as he plays in Venomous Concept with Kevin and Danny from BT, so it was like a little reunion for him as he’d not seen them since 2010. Beers were drank, and everything got a little green.

You’ve got an upcoming tour and some notable festival appearances too, particularly Obscene Extreme and Damnation, where are you looking forward to playing the most?

We played Obscene last night actually, it was mental. There was an incredible amount of nudity (as expected) and even more booze and goulash. We’re playing the aftershow party tonight in the beer tent, I’m hoping for maximum debauchery and really looking forward to watching The Kill. I’ve been to Damnation nearly every year since it came to Leeds so that should be an absolute blast as well! 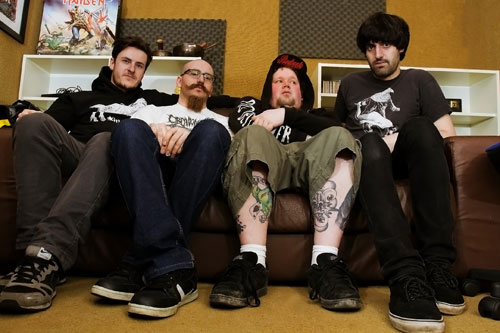 Obscene Extreme is known for being one of THE premiere events for brutal grind and noise like yourselves, how did you become part of that?

Reese has played a couple of times here before with Horsebastard and Reth, and we’ve been in contact with Curby for a while so were really chuffed when he asked if we’d play.

What does Corrupt Moral Altar stand against in this world? ‘Mechanical Tides’ is one of the angriest things I’ve heard in a long time, where does that anger come from?

Mostly John, he is a very angry individual. Let’s leave it at that!

If you had to describe the band in one sentence, what would it be?

Finally, thanks for the interview and please use this space for any final words…

Thanks for the interview, I am now off to drink 100 beers and experience blastbeats.

‘Mechanical Tides‘ is out now via Seasons Of Mist and is available from the labels webstore. 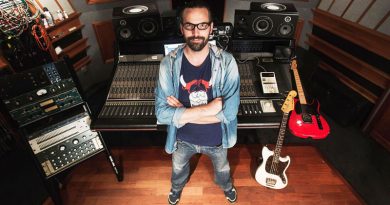