After many delays the Chickenhawk self titled debut was released last year on Sound Devastation Records and a damn fine slice of rifftastic madness it is too. I caught up with guitarist Rob to fire a few questions over the fence to see what makes these guys tick.

You guys have been around on the scene for a little while now and have recently had some line-up changes. Can you fill us in on the band’s history to date?

Weeeeeelllll, we formed from the ashes of 2 other bands, we tried various instrument arrangements before settling on Ryan Bass, Stick Drums, Rob Guitar, it was never really meant to be a proper band, we were originally an instrumental band however we found ourselves doing tours very quickly. When we recorded a demo, Stick sang on it and then continued to play drums and sing, fast forward many many gigs, tour van crashes and offers to play in a travelling circus, we recorded our debut album and realised Stick couldn’t do both anymore, plus I don’t think he was really enjoying it, cue the rhythmical enigma that is Matthew Reid, we already knew him and knew he was a badcore drummer from first few practices it was fairly clear that this is the Chickenhawk line up.

You have a pretty unique sound; I certainly found it hard to pin down specific influences in my review. How would you describe your sound and what bits do you steal from where?

I wouldn’t claim to know what we sound like other than four mates who enjoy playing together, nothing is forced in this band, the majority of ideas come from jamming, however we made a conscious effort to filter the turd. I think our newer stuff is sounding even less like our influences, which can only be a good thing. I think the main thing that contributes to our band is everyone is into different things musically, which shouldn’t work as a collaborative effort but for some reason it does, which is a win in my book.

Paul recently moved from drums to guitar and you have a new drummer, Matt since recording the album. What prompted that particular move and why not just get another guitarist?

Stick did the vocals on the album, he was struggling doing drums and guitar, if we got another guitarist the original problem is still not solved, its really just a basic equation Chickenhawk as a three piece + Phil Collins = Matt Reid. 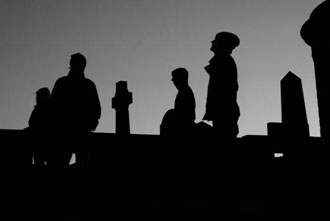 How has becoming a 4 piece affected the Chickenhawk sound? Have you started writing new material and is there any difference now that you have extra guitar in the mix?

The new stuff we have come up with is a lot more upbeat, the drums are a bit fuller sounding and there is a lot more guitar interplay, I imagine the new recordings will be layered to hell and sound something like the internet.

The album is out now on Sound Devastation Records. How did you come to hook up with them?

They originally were a webzine who reviewed our demo, they were the only ones who vaguely expressed an interest in us, good tick win box.

It seems that the album was ready for a long time and advance orders were being taken some months before it came out…what was the hold up?

Everything, issues with artwork held it back a long time, then the company that was printing it were busted for dealing in illegal CD’s, I think in the end it was delayed by about 5 months, which is a shame as we were hoping to jump on the electro bandwagon, we missed that one though… 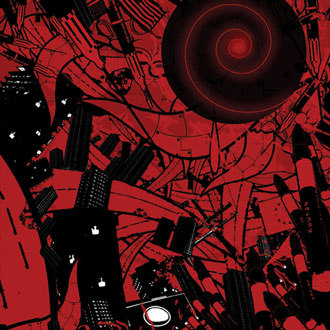 How is the relationship with Sound Devastation? Any plans for more releases through them or are there other labels on the horizon?

We are extremely grateful to Sound Devastation for giving a fuck enough to put money into this project, we will do more releases, for now we are gig crazy with some ridiculous ones planned for summer that if they come off my face will explode.

I used to go to Leeds a lot when I was at Uni and always found it to be a really cool city. What’s your perspective coming from there? Is there much of a scene or places to play nowadays?

Yeah there’s loads of scenes with scenes within scenes totally Russian doll, there’s lots of places to play which can be bad and good, where some places struggle for good gigs there are often too many in one night.

For a band with such a demanding sound you get a lot of attention and plenty of gigs. Has it been a struggle to get people to listen or do you think you’ve managed to strike a chord with people from the start?

I definitely think its been something we worked on, for the first 3 years we really struggled to get any gigs we’d play anywhere to anyone often to no one, I’m not even sure we were that bothered if people turned up. Booking the most recent tour its been a lot easier as more people hear of us which having an album out seems to have helped with too… 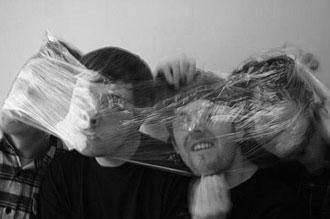 Do you find it hard to find like minded bands to play with? What bands do you currently rate on the UK scene?

I think there are plenty of bands we get on well with and plenty of good bands within the rock/metal genre, we’re not aiming to play with bands that sound like us, we’re aiming to rock you like a hurricane.

You mention Danny Elfman as an influence. Is working on film scores something you guys would be interested in pursuing in the future? I would imagine any film with Chickenhawk scoring it would have to be pretty fucked up!!! Any directors you’d like to score for? What films could you guys have improved with your music?

Funnily enough that is something me and Ryan explored as an offshoot of Chickenhawk, however Chickenhawk seems to be getting busier and busier and don’t really have the time, David Lynch would be an obvious one…

A ‘Chickenhawk’ is someone, usually a politician who advocates war yet has always shied away from active service. It’s an interesting choice of name, who came up with that? If it came down to it would you go and fight?

I don’t think we’re people that would shy away from anything, the Chickenhawk thing came up when we were involved with this really innovative aoirthjaosiejrtoiwjetoqiwjrotiqjewry…………………………

What does the future hold for Chickenhawk?

Cheers for answering these questions, any last words?

What would happen if I replaced everything with exact replicas? 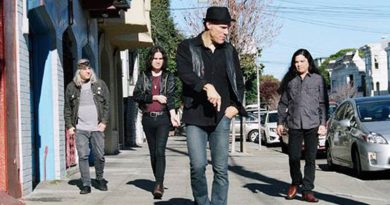 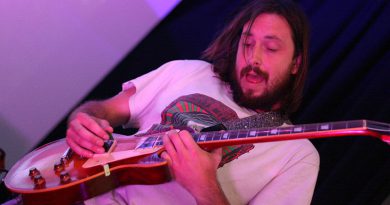 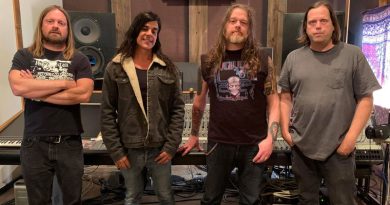