Amebix should need no introduction to anyone reading this. If you don’t know who they are, then slap yourself hard, you silly fart. Then go and buy ‘Arise!’. I spent my teens wishing I was in this band. Anyway…after reforming in 2008 with new drummer Roy Mayorga (Stone Sour and ex-Nausea), Amebix have finally finished their third studio album, ‘Sonic Mass’, which is due out on 23rd September. My review of said album (which is thunderously sublime) is forthcoming. In the interim, I sent vocalist/bassist Rob ‘The Baron’ Miller a selection of questions. My thanks go to Rob and Lee for making this possible.

The new material on ‘Sonic Mass’ sounds like the result of much careful structuring and deliberation. When did these songs first start to take shape?

The first I remember was sound checking in Montreal and just dooddling the bass line to ‘Days’, Roy popped his head up and said ‘keep that’, then it was the journey back from Hellfest and the rumbling strips on the motorway entry and the rhythm to The Messenger was written, things fell into place with very little effort once the process was started, but it did take two years to find enough space and time to record, in three different places as the opportunities arose.

Could you describe the events that prompted you to return as Amebix in 2008, particularly after such a long period of inactivity?

Really it was at the end of making the risen DVD that I decided to try and get myself and Stig to re record some old songs, to complete the project and give it a conclusion, but meeting and working with Roy really opened the doors to a whole world of possibilities, it seemed that we were being told to keep on walking.

Any plans for dates in the UK? How would you feel to play in this country again?

We should be playing again in 2012,it is difficult to say at this point as we all have other work, but playing in London in 2009 was wild, to return after all this time and everyone knows the songs, the atmosphere is always charged and positive. 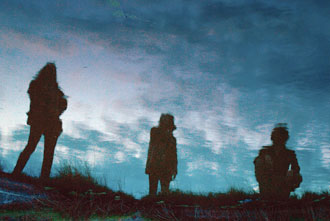 The cover of ‘Sonic Mass’ features a huge monolithic structure. This is a recurring theme in both your imagery and lyrics. What are the significance of such structures (whether fictional or real) for you?

The Sygil on Sonic Mass was something that appeared in our midst in Derbyshire, we just had to recognise it and interpret it , it could have been represented graphically in a number of ways, but  the ancient Bluestone seemed very fitting with Amebix as a peculiarly British band, always keyed into the earth and roots.

The new album is instantly recognisable by the signature sound that Amebix made their own, back in the early 1980s. That same sound is now aspired to by hundreds of bands across the world, many of whom describe their music as ‘crust’. How do you feel about the oft-quoted description of Amebix as the originators of ‘crust’ or ‘crust-punk’, and how much relevance does this term carry for you?

Well, I know a number of good people who are in ‘crust’ bands and have no problem with that, but Amebix is not a ‘crust’ band, I resented finding out that posthumously we had been tagged, labelled, jarred and stored under a convenient ‘genre’. It has made people presume certain things about the band that are not true, Amebix is in itself complete, you can’t order it off the shelf, the ideas and energy that inform this band are not something that anyone else can do. If people are desperate for a way to understand the musical direction of this band then I would call us a British Punk Rock band,in as much as that idea of creative artistic expression informed us when we started and continues to do so.

How come the new album has been released on the relatively little known Easy Action label? I ask this because I’m surprised that the big American underground labels like Southern Lord and Neurot (whose founders revere your back catalogue) have not been involved in bidding for your attention.

We were not really approached by anyone else, Carlton at Easyaction was an old friend from Tavistock who helped us out when we had some trouble a couple of years ago, he offered to take us on and give us our own label imprint, so we decided to be pro active and re-own all our work, to get back in control of what we have done over the years, as we seem to have been some of the last people to have benefitted from our own work. This for me is a very positive move. 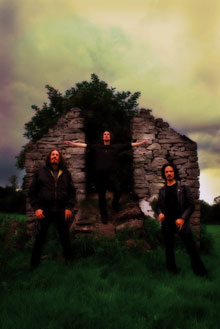 Could you name some albums from the past that have personally influenced the way you think about, and make, music?

I don’t consciously try to think about how to make music, that is entirely instinctual, I have been influenced as a listener by a huge amount of music over the years, but this is too wide a spectrum to apply to Amebix…Sabbath, Eno, Pink Floyd, the Stranglers, Devo, T Rex and Bowie, Monteverdi and Motorhead, Accept, Killing Joke, Mercyful Fate, Magazine, Bauhaus, Souixsie, Springsteen, Neil Young…just tons of everything.

To what extent did you consider Amebix to be part of the anarcho-punk scene of the 1980s, and secondly, do you consider the aims and aspirations of this scene to now hold any social and political relevance in 2011?

We were obviously affiliated through Spiderleg/Crass, and did have an interest in the political side of things, however, our primary concern was always with more perennial issues, not those immediate social ones that most people were shouting about, the more philosophical question of individual freedom and illumination were at the core of our approach, things that have been within the human psyche from the beginning of time.

I do not have a reference point for what the aims and aspirations are today for anarcho-punks, but presumably much the same, some noble issues, some more divisive

Leading on from the last question, how do you explain the recent inner-city riots of August? Some commentators (both from the right and left) claim the disorder was not political in nature, but instead represented the greed-driven amorality of a growing underclass. How do you see these events?

Its difficult to see things clearly when the Media is your filter, but I don’t see much redeeming value in what happened, if  small communities are made to be fearful then there is little valid social commentary to be drawn from the ‘riots’. It’s also kind of sad to see how easy people are to manipulate when their idea of poverty is a lack of possessions, the soup kitchens of tomorrow will dispense trainers and mobile phones as the bare essentials for survival, pretty shameful episode really as it opens the doors for more surveillance with full public approval. 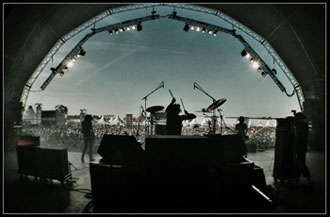 What was it like living and gigging around the Bristol squat scene in the 1980s? To what extent did drugs, both ‘hard’ and ‘soft’, play a large part in the lives of you and your friends? Do you feel increasingly nostalgic for those halcyon days as you grow older?

No, I don’t feel nostalgic at all for those days, I had some good friends and some not so good, there was very little positive that I can draw from 4 years on the streets.

You went off to become a swordsmith on the Isle of Skye after the break-up of Amebix. Was this something you had been thinking about for a while, and to what degree has mastering the craft of making swords contributed to your personal growth as a person?

I would say that I have had to learn to fend for myself and manifest my own will in the past 20 years, I was really still a child when I left Bristol, I had to do a lot of growing up to survive here.

On the lyrics of the mighty ‘God of the Grain’ you explore the ancient concept of the sacrifice and rebirth of fertility deities like Mithras and Adonis. Where you influenced by Frazer’s ‘The Golden Bough’, and furthermore, do you see Christianity as essentially yet another cult that built up around a reinterpretation of this age-old symbolism?

Exactly, but this statement is not to belittle Jesus, but to recognise the archetypal form of the sun/fertility god as it has passed down through the ages, the representation of the Mythos and its enduring relevance, we don’t really have that relationship anymore, so maybe we are disconnected from the cycle of life and death and rebirth and all that this implies.

With a musical legacy all bands would die for, an excellent new album and the influence and support of Roy Mayorga as a pivotal figure on the US metal circuit, what are your hopes and ambitions for Amebix as we edge nearer to 2012?

The Album has been an epic challenge, moving from both PE and A.Tentacles has meant a step up to the plate of learning how to operate our own label, so I look forward to kicking back for a bit after the release and then seeing what happens. We are in the fortunate position of being masters of our own destiny, so we have no need to go out on a gruelling schedule for Months at a time, it would be great to play a few special shows around the globe, I would like to visit Scandinavia, Japan, Australia, also this time around concentrate on making a really visual experience.

More info in Amebix at www.amebix.net.

Check out the stunning video for the track ‘Knights of the Black Sun’ below. 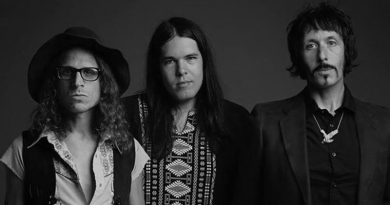