Being a fan of Stoner/Doom and seeing as The Sleeping Shaman features a lot of bands who play that style, I thought it only fitting to concoct a list of groups who could be considered influential on the genre. I decided to do things a little differently, instead of the usual names, Sabbath, Zeppelin, Purple, Uriah Heep etc, I thought about featuring groups that are either next to unknown or known but criminally underrated.

Below in descending order are some of the artists that I would recommend as a good starting place.

The Flying Hat band were essentially best known for featuring a young Glenn Tipton before he would go onto join Judas Priest. They would support Deep Purple and feature on a split compilation record with Earth, (not the Drone Metal band obviously), the first incarnation of Black Sabbath. They wouldn’t get to release a full-length record but there are a couple of comps including the one with Earth. Pretty solid Heavy Proto-Metal/Hard Rock, not essential listening but for historical value and significance it’s invaluable.

Scottish fourpiece from Dumfries who caught the attention of one Tony Iommi and these lads were emulating Sabbath when the likes of Sleep and Electric Wizard were still in short trousers. Absolutely killer Sabbath-esque Doom, just check out the track Claustrophobia! The rest of the album carries on in a not dissimilar vein but with some Prog elements thrown in. First heard about these lads from an Amoeba Records What’s In My Bag episode which featured members of Hardcore Punk band Off! Dimitri Coats and Mario Rubencala. This was one of Mario’s choices and I knew that this would be right up my street from the cover and brief sound clip.

Atomic Rooster may be best known for featuring Carl Palmer of pompous Progsters ELP, but this was one of his earlier outfits (as well as The Crazy World of Arthur Brown) and his stay was sadly short lived. Atomic Rooster also featured the keyboard wizardry of Vincent Crane (also of The Crazy World of Arthur Brown) and the criminally underrated John Du Cann. Personally, for me Du Cann makes this band, a spectacular guitarist. If you don’t believe me check out the Beat Club performance of the band on the track Sleeping For Days (below). There’s some Prog (and Blues) in the band’s sound but it’s tastefully done.

Recommended Listening: Death Walks Behind You (1970)

Extremely short-lived outfit from the UK who released one debut album which was produced by Ian Gillan of Deep Purple. His thoughts on working with the band on the album were expressed on the back cover of the record ‘This is the first album by Jerusalem, a band which excites me very much; they are rough, raw and doomy with their own strong identity.’ And Doomy it was! Crushingly heavy for 1972. You stick on a track like Primitive Man and it’s hard to believe that that such a track could be recorded a mere 3 years after Woodstock and the hippy dreck that came with it, ala CSNY.

One of Sweden’s first Hard Rock/Metal bands, I first got into this power trio as they were included on Here Lies Man’s Riding Easy Records playlist. Think Cream, a bit of Zep and throw some early Uriah Heep in there too and hey presto… Considering that Sweden has a pretty solid Stoner Rock scene, I’d be amazed if these lads weren’t an influence at some point. They even supported Peter Green’s Fleetwood Mac at one point, now there’s a gig I’d love to have seen.

Originally formed as Black Cat Blues, with Simon Kirke and Paul Kosoff who left to form Free. Later renamed themselves Leaf Hound (no idea what the name could be referring to, ahem). Bit of Acid Rock, bit of Psych thrown in, this is fuzzy goodness and laid the groundwork to Stoner Rock (unlike Sabbath who are the godfathers of Doom). I mean look at that picture! I can easily imagine Brant Bjork and a younger John Garcia fitting in perfectly with their looks, incidentally a big influence on Kyuss. Also, the name of a kickass Japanese record label.

Described by Isaiah Mitchell of Earthless in the excellent Stoner Rock Documentary Such Hawks, Such Hounds (definitely check that out, currently out in full on YouTube), as ‘fuckin’ gnarly’, he would be absolutely on the money. Musically akin to Cream, Mountain and bands like that, this Brooklyn trio were tearing it up and it’s amazing, as with Jerusalem, that the sound this band produced came from the early 70’s. If they started now one can imagine them being signed to Riding Easy Records, Leaf Hound or any of those labels.

Just what is it about power trios I wonder that makes some damn great? Yet another amazing trio from Cleveland, featuring one of my all-time favourite guitarists Joe Walsh before he made a pretty penny in The Eagles (ugh). There is a groove and a swing to James Gang’s music that makes it so damn cool, just check out Funk #49 and the track The Bomber has to be heard to be believed, so damn heavy with a Sabbath style riff (I’m pretty sure the Sabs supported these lads at one point early in their career). Ignore everything other than the first 3 albums as they would get steadily less interesting over time.

Very short-lived German outfit strangely lumped in with the Krautrock scene, more than likely due to the involvement with Conrad Plank who worked with Kraftwerk. Intense Hard Rock and damn quick in places too! Some heavy organ use that recalls prime Uriah Heep, but the frantic pace is what so is surprising, especially for a band with Prog elements. This isn’t the meandering type of Prog favoured by Genesis and Gentle Giant either but more akin to King Crimson. Prog that’s OK for Punks to like.

Loved this band for years, but not much is known about this enigmatic power trio (see, all good things come in 3’s). Some pretty tasty Acid Rock made by 3 hippy burnouts at the beginning of the 70’s producing a Blue Cheer style noise but much sloppier and dare I say Grungier. And that’s implying Blue Cheer were in any way polished which they weren’t, it’s just that by comparison to these dudes they sound like ELO.

Damn these power trios and their ability to write kick ass tunes! Some Sabbathesque riffing but far more Psychedelic. A slight Country influence as well and a vocalist not too dissimilar to Ian Gillan. It still manages to sound remarkably original at the same time too. Sadly, the band split up after being dropped by their label, be amazing to think what they could have achieved had they have stuck around.

Recommended Listening: For Love or Money (1972)

Ah, Pentagram you know them well. Or do you? Most people know them from their debut full-length self-titled debut (1985) onwards. Sludgy and not terribly dissimilar to Saint Vitus’ output at that time. But their history can be traced back to 1971 when they first formed. Their sound then was akin to a street Black Sabbath. There are no proper full lengths from their 70s era but there are 2 rather excellent compilations from that period that have been released by Relapse Records. If you claim to like Doom, you need to get that credit/debit card working for you and fast!

Who on earth could have beaten the mighty Pentagram to the number one spot? Bang that’s who. Incredible power trio from Philadelphia, strongly influenced by Black Sabbath and considered forefunners to the Doom Metal scene. Somewhat high-pitched vocals but not in the Bruce Dickinson sense, and some thunderous riffing. There’s really nothing to dislike here.  They’ve even released an autobiograph,y The BANG Story: From the Basement to the Bright Lights, that I will have to add to my reading list. 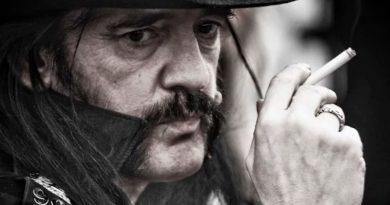