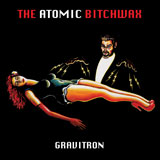 In the eyes of most, The Atomic Bitchwax began life as a side project of Monster Magnet bassist Ed Mundell in 1993 so it is an incredible feat to see them still kicking around after 22 years, especially considering that Mundell departed their ranks a decade ago. Although having recruited current Magnet drummer Bob Pantella into their ranks in 2007, the incestuous connection between the two psychedelic bands continues to this day.

Since their low key beginnings under the guidance of founding member and custodian Chris Kosnik (Bass and vocals) they have produced 5 albums of heavy stoner rock, starting with their self titled debut for Tee Pee Records in 1999. Their last outing, 2011’s The Local Fuzz which failed to strike a lasting chord with a large portion of their audience as it consisted of a single 42 minute instrumental track comprising of 50 or so riffs and felt like a tape recording of a jam session.

In a bizarre twist during the interim between that experiment and this year’s full length Gravitron, Krosnik joined Dave Wyndorff’s space lords in 2013 and was a fully fledged member for the Last Patrol cycle which led people to wonder what would happen to the band.

Well the answer is the aforementioned Gravitron, a 10 track full length album, again on Tee Pee Records that re-establishes The Atomic Bitchwax as one of the finest bands of their ilk and is already a contender for my album of the year.

Whilst The Local Fuzz was a bold experiment that saw Krosnik stretch his progressive song writing and showcase the dynamic of the band, they quit with all the pretension and messing around and just let rip with some down and dirty, rip snorting, rock and roll. For fans of their earlier work this is a joyous event as Sexicutioner blasts in with a scuzzy, fuzzy vibe that puts a high octane pedal to the floor and doesn’t let up. Missing from the last album was Kosnik’s defining voice; here it returns with force and you can feel the passion as he rasps ‘I’ve waited all this fucking time’.

Not to be outdone No Way Man barely pauses for breath with it’s stop/start dynamic and blistering fretboard pyrotechnics before It’s Alright highlights the chemistry between the rhythm section augmented by the last two years served in Monster Magnet.

There is still room for the instrumental experimentation as War Clam, Fuck Face and Down With The Swirl all lack vocals yet prove great entertainment with their effect driven flourish and fury respectively, but here it is more appreciated in a short format and helps you appreciate the vocals when they come back, rather than just denying the fans an important part of the band’s identity.

Each track between these instrumentals offers something new and different – Coming In Hot has a slower mid tempo bounce, Porto World is a punk fast affair and Roseland is heavy, dark and dripping with a huge harmony on the chorus which could insight circle pits with it’s energy.

As an album Gravitron flows by in no time at all never dipping in quality and keeping everything varied and always offering something to hook you in and that is without even mentioning the album closer Ice Age Hey Baby.

This last track I must have played about 20 to 30 times in the last few weeks and it never fails to put the biggest smile on my face. From the slow hand claps to the moment it kicks in with buzzing guitars and it’s uplifting, upbeat lyrics it is a glorious triumph. Here The Atomic Bitchwax have tongue firmly in cheek with it’s ‘I’m heavy metal and you know it baby…’ refrain and the music is catchier than Audrey II in a fly swarm. It’s bombastic (‘I don’t care anymore, I don’t pray anyway’), it’s over the top, it’s just fucking great and a little piece of magic that doesn’t come along very often.

The Atomic Bitchwax, despite their seemingly sparse output, have long had their admirers and this album is a very welcome addition to their discography which should more than satisfy their existing fan base and hopefully win them many more.