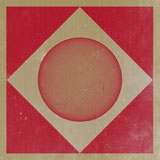 It’s pretty easy to both overplay and underestimate the level of quality in the recorded output of both of these bands. They could, and have, both be labelled with tags and press headlines that they don’t necessarily deserve or want. What is clear is that Sunn O))) and Ulver have both released some of the best metal albums of recent years. But the reason I can confidently remind you of that fact is that they have both consistently pushed at the boundaries of the genre itself:

Sunn O))) is a project that Greg Anderson and Stephen O’Malley have steered since 1998, and their legacy is incredible. Metal fans and hipsters fall over themselves to profess an undying love for the artistic merit of albums like ‘White 2’ and ‘Flight Of The Behemoth’. They’re even more eager (as am I) to tell you that ‘Black One’ is their most potent work (save for the majestic appearance by the Cosmic Joker Lord Cope on ‘White 1’). The unbelievers (and there are many, and they are justified) tell you that it is crap, being sold to the ignorant as art. Bollocks is what they call Sunn O))). And they are right to question the validity of such a band and such a sound. Art with complete public support becomes furniture.

Ulver are, in their own way, even more divisive. They burst into the world in a bluster of folky black metal, real pagan music, and slowly began to play with the genre until they came out a fully-fledged art-rock psychedelic outfit and finally – apparently – the ambient act that we hear here. ‘Childhood’s End’, their 2012 psychedelic covers record, was a fantastic listen, and proved that there are true bands out there willing to drop any notion of confinement and just play to see what happens. They have collaborated with O’Malley and Anderson before. Check your local record provider for details of ‘CutWOODED‘ (It’s on ‘White 1’).

And here we find ‘Terrestrials’. A three-pronged movement through the plethora of unnerving, brutally bare, uplifting and euphoric sounds that can be conjured when two of the world’s most experimental metal bands go for the stratosphere, sonically.

‘Conceived’ over four years, the album was long in-the-making before being announced as a surprise at the tail end of 2013. I, for one, was excited to see if they could temper the dark elements of their sound, or whether they would defy convention and go back to the black. When I, like many of you, heard the sample they uploaded to bandcamp, I was pleasantly surprised at the tone and general sedate mode of the piece, it had no hint of sinister about it whatsoever.

The first piece on the album as is, ‘Let There Be Light’, carries a dark, nervy vibe through the entire track. When played loud, it becomes a different animal to a tinny laptop experience. Tense drones and shimmering, staccato violins accompany shrieking trumpet squeals and a groaning bottom end, rolling drums push the track forward. At times it veers close to gothic noir (particularly the score for 90s cult favourite The Crow) but that’s a pleasant surprise. The track progresses soothingly, the drama of the sounds never becomes too menacing, and the collaboration seems fruitful.

‘Western Horn’ follows, and that fast becomes witchy. Hideous windy wails dance around haunting bass feedback drones that linger for longer than they’re welcome. The track keeps up a ghostly vibe, occasionally allowing for sonic reprieve with delicate guitar scrapes. Any sense of a comfortable listening experience goes out of the metaphorical window at around seven and a half minutes, where a creeping sense of claustrophobia increases and grows, adding child-like cries to the ghastly wind-chill whistles.

The final – and longest – track, ‘Eternal Return’, will be touted as the showpiece here. Opening with a rich, lush atmosphere created by crooning strings and bright percussive elements, it features a blacker-than-thou bottom end swirl. Sunn O))) reliably tell me it’s a palindromic song – the same forwards as backwards. It begins and ends with the same bassline and is covered in glacial tones and tremendous sung lyrics (!) by Rygg of Ulver.

Logic tells me not to try and compare it against the previous output of either band, but in this case I’ll ignore logic. It certainly stands up, favourably, against any of the recent work of either band. Whether you or I, fellow listeners, will listen to it more than ‘Black One’ or ‘White 1’ or ‘Grimmrobe Demos’ or the incredible ‘Nattens Madrigal’ remains to be seen. But what is clear is that ‘Terrestrials’ is a success because it combines minimalist free jazz and the solar sounds of Tangerine Dream with a ghostly vibe and funereal black metal ambience. It’s been highly anticipated, and to my mind it will just as highly regarded. Superb.