2020 is obviously a good year for bands returning after a lengthy hiatus. A few months ago I was lucky enough to review Lowrider’s second album, a full twenty years after their first was released. Venetian three-piece Maya Mountains can’t quite match that, but the wait for this, their second album, is still pretty long considering their debut came out in 2008. I can’t claim any prior familiarity with the band, but the description of the underlying concept in the press release was weird enough to pique my interest:

‘Era is telling the story of Enrique Dominguez, a tramp who, after a leap in time, lands in the desert of an unknown world. He plunges into a cactus and falls into a hallucination in an uninhabited city. Beyond the walls, dark presences await him. Minotaurs and Cerberos follow him to drink his blood. On top of the sacred tower he talks to a sorcerer, recites prayers with a cat mask, flying through the constellations of infinite space, where he will orbit forever, between galaxies and star dust. The inspiration for the second studio album of Maya Mountains is moving among these dreamlike scenarios.’

Sounds pretty wiggy, eh? (As an aside, I’ve always wondered why the minotaur was so bloodthirsty. Seeing as it had the head of a bull, presumably it would eat grass. I grant that would probably play havoc with its human digestive system but surely not enough to turn it into a demented killer). I was worried that this might just be some clever window-dressing for an album of generic stoner rock, but Maya Mountains put those concerns to bed quickly.

Hopefully you will have caught the stream of the lead single posted here last week, but if not then prepare yourself for one of the more abrasive takes on stoner rock you’ll have heard in a while. A fair chunk of the vocals are processed through a pretty harsh-sounding effect and the album is propelled by a series of angular riffs and off-kilter rhythms. Imagine if someone from Hydrahead’s roster of twenty years ago saw the error of their ways and decided to try their hand at desert rock. The only point of comparison that really spring to mind are compatriots Zippo who bring a similarly unorthodox approach to heavy riff-based rock.

The album starts strongly with Enrique Dominguez. After a pleasant acoustic passage, the guitars kick in. Just when you think that you’ve got a handle on where this is going, Maya Mountains slam on the brakes and change tack. It’s a pattern that’s repeated across the album and provides some of that dreamlike quality that the band were aiming for – things rarely proceed in a straight-forward manner and keep the listener on their toes. Next up is In The Shadow, which for me is one of the stronger tracks on the album. The tempo slows and the track brings a genuine sense of menace. I also particularly like the clear separation of guitar and bass on this track, and elsewhere, which allows for some interesting rhythmic interplay.

While tracks aren’t overly long and are all pretty solid, after the next few songs I was feeling ready for a bit of a break. San Saguaro and Dead City are genuinely good tunes, but they do feature a lot of that harsh processed vocals, which I started to find a bit wearing. It’s refreshing then that the second half of the album, while not radically different, has a slightly more mellow feel and has fewer of those woozy, mood-shifting changes that dominate the first half of Era.

Raul is a cool, spacey instrumental dominated by a hypnotic krautrock bassline that gradually builds in intensity across its six-minute length and marks the changing mood. It’s not as though Maya Mountains really change tack that much – Baumgartner is one of my favourite tracks and really lays down some heavy, angular riffing. To be honest, I found penultimate track Extremely High to be a bit of a weak link. It’s probably the simplest track on the album and I found that the chorus repetitive and bit dull.

It’s fortunate then that Maya Mountains round things off with their best effort, El Toro. For me, they strike just the right balance here – the track retains some of those unexpected rhythmic shifts, but retains a strong sense of groove. Equally, some the harsher elements of Maya Mountains sound are countered with more melodic elements.

Overall, Era is an intriguing listen. It’s refreshing to hear a genuinely different take on stoner rock and Maya Mountains bring a host of elements you’re not accustomed to hearing from the genre. At points I found it a bit too harsh (in particular I’d say that the vocals are something of an acquired taste) and it’s not the easiest of listens. But then again, you don’t always want an easy listen, do you?  If you’re fond of heavy groove-laden music and fancy a break from the norm, I’d definitely recommend checking them out. 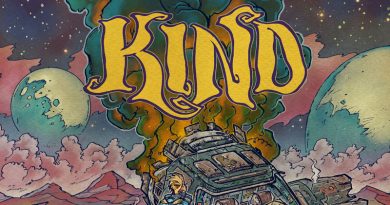