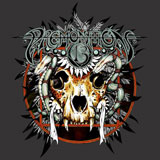 As he fast approaches his 50th birthday (September 28th if you want to send him a card), Wino shows little or no sign of slowing down. In the four years since The Hidden Hand bit the big one he has notched up an album with Shrinebuilder and no less than three solo albums. Now he’s back with a new project, Premonition 13. This new venture has grown organically from several jams with long time friend Jim Karow into a fully fledged, functioning unit alongside drummer Matthew Clark.

Despite the active involvement of Jim Karow this still bears all the usual hallmarks of Wino’s previous work, helped in no small part by his natural affinity with a Sabbathian riff and his rough hewn bluesy howl. This, however, is no mere clone of his previous work. Where his solo album “Punctuated Equilibrium” was a tight, aggressive affair, Premonition 13 displays a far greater sense of space and an almost spiritual quality. This is helped by the judicious use by both Wino and Karow of the E-Bow, a device that creates soaring, droning violin like effects from the guitar. Opening track “Beauty” builds from a steady drone to a rich, harmonic monster of open chords that ebbs and flows over the space of its 9 plus minutes. “Hard to Say” on the other hand is a tight controlled romp based on a chugging two chord riff that highlights the apparent simplicity of the ideas here. I say apparent as this simplicity belies the strength of the material presented.

“Clay Pigeons” is a tough groover that once again rides on a simple yet highly effective riff and allows Wino the scope to develop his vocals further than some of his work may have done in the past barring his acoustic album “Adrift”. Things drop down a notch with the open, clean tones of “Senses” that shows a fine sense of dynamics between it’s introspective, almost Floyd like verses and heavier choruses. Wino has never delved into his more psychedelic side as he does on this album, The Hidden Hand may have hinted at it but here it is blown wide open.

“La Hechicera De La Jeringa Prelude” is an understated lysergically tinged intro to the track that shares its name. Here we get more of a glimpse of the Wino of old as a mighty Sabbath styled doom riff ushers the song in and Wino devotees the world over breathe a sigh of relief. Despite the restrained verses this is the track probably closest in spirit to The Obsessed and Spirit Caravan. Not that it feels out of place on this album, far from it, it’s a welcome blast of despair amongst the relative tranquillity of the other tracks.

“Deranged Rock and Roller” is something of an about face as the title may suggest. A foot down 12 bar style romp riding on another simple yet punishing riff that shows a sense of levity in Wino that we may not get to see from him too often. Wino and Karow trade leads in full on 70’s style showing the telepathic similarities in their styles albeit with subtle differences. After this “Modern Man almost seems thematically linked. Karow takes the lead vocal here and, while not possessing Wino’s time served growl, manages to turn in the strongest, hookiest chorus on the album…a sure fire crowd sing along that is matched by the naggingly memorable central riff and fist in the air slow groove of the drums.

“Peyote Road” closes the album in downbeat style as Wino delivers his “the road is long” style wandering spirit vocals over a steady, drawling backing that evokes the spirit of the native Americans and features a chorus of unison guitars that twist and harmonise around each other.

Long time fans of Wino won’t find too many surprises here it has to be said, but with that in mind this must rank as one of his more essential works. The fact that this album was largely borne out of years of jamming imbues the whole work with a far looser, easier going vibe than some of his more obviously band oriented ventures and that gives the music a sense of space that has maybe been lacking in previous work. What will happen to Premonition 13 remains to be seen with Wino’s ongoing work with Saint Vitus and Shrinebuilder, but a project this long in the making that has clearly been a labour of love for all involved looks set to have a long future…and on the strength of this album could well eclipse some of those other commitments. 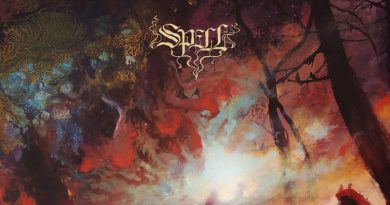