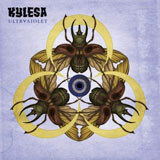 In the course of their existence Savannah’s Kylesa have chalked up 6 albums in 12 years, not to mention an impressive host of EPs and split collaborations which showcase the fact that they may have been born as a Sludge Metal band but they have lofty ideas which have carried them on a diverse musical journey since their eponymous debut.

Having built momentum from 2009’s Static Tensions album that saw them gain fans in Mastodon who subsequently took them on tour and it’s follow up Spiral Shadow; last year’s From The Vaults: Vol 1 was a stop gap curio that no doubt helped with personnel issues and gave these hardened road warriors time to take stock of the band’s direction.

The numerous line up changes have probably contributed to their continually evolving sound and this years casualty is former drummer and bassist Eric Herandez who is replaced by new comer Chase Rudeseal after a five year, two job stint with the group.

Having explored Sludge, Crust, Punk, Stoner and beyond, Kylesa have built a reputation for playing forward thinking, angular music that walks the line between hard rock and a more hypnotic, progressive vibe.

Ultraviolet sees the core duo of Phil Cope and Laura Pleasants evolve once more and push the sonic boundaries of their craft further and in different directions. A far cry from the Neurosis influenced noise of previous efforts, Ultraviolet is sonically darker and more psychedelic than before. A hint of this could be found on last year’s From the Vaults collection with its spooky take on Pink Floyd’s Set Controls for the Heart of the Sun where the band took the notable prog rock anthem and twisted it into their own towering vision.

Like that song, Ultraviolet sees a far more prominent singing role for Pleasants, both as lead vocals and utilising her dexterity to weave intricately with Cope’s own stylings. This comes in the form of harmonies like on the opening track Exhale, where staccato tribal drumming lays the foundations for a track that is every bit as angular and edgy as expected. Here the razor precise riffing and percussion contrasts with fuzz laden verses as the track never settles, constantly changing texture and direction whilst the duo exchange vocal interplay that adds depth and atmosphere.

For older fans fearing the worst, this new direction and subtlety has not robbed the band of their former powers, both Grounded and We’re Taking This are moments of Neurosis and Mastodon inspired brutality, the latter a direct sledgehammer to the senses with a snarling heavy crunch whilst the former delivers technical harmonies verses full on hardcore roars and topped of with some superb female vocals.

However, this time around more than ever, there’s this flexing of ideas; Low Tide and Unspoken are both brooding, mellow and spacey tracks, one featuring distorted passages and lead female vocals, the other almost playing off this in a continued theme but with Phil Cope taking centre stage.

Elsewhere there are moments of more traditional Kylesa like Long Gone with it’s off kilter groove, but these are challenged by the strange poppy, sing along melodies of What Does It Take and for every familiar touch stone you can find musically on this album, it is tempered by moments of genuine exploration.

Ultraviolet is an exciting record, the band have never suffered from quality control issues in my book and here they show that they are not willing to rest on their laurels. Some of the ideas may not be to all fans tastes but if you have eagerly absorbed their output over the last couple of years as I have, you should know that what you expect from a Kylesa album isn’t exactly what you will get, but it will always be interesting.

This by far their most progressive, psychedelic, melodic and yet dark album to date; lyrically and sonically this is a journey and a vision for those willing to indulge the band the chance to truly grow beyond themselves. Like the slow burning track Drifting which closes out the album, it may not immediately leap out of the speakers and grab you in an obvious manner on first listen, but for the patient, this is an incredibly powerful experience from one of the most interesting bands around at the moment. 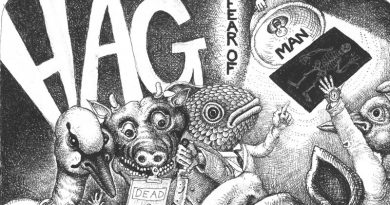