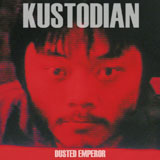 Back in the mid-1980s, a young Justin Broadrick pulled back his bedroom curtains and looked out upon the surroundings in his native Birmingham, UK. No doubt staring back at him was a dystopian wall of grey; an industrial wasteland of billowing smoke, crumbling piles of factories and abandoned dreams stacked high in concrete warehouses as far as his eyes could see. Turning his misery into creativity changed the heavy music landscape forever as one of Broadrick’s many brainchild bands, Godflesh, spawned the likes of ‘Streetcleaner’, ‘Pure’ and ‘Hymns’. Many will be familiar with these harsh, barren concoctions of trailblazing riffs, programmed robotic beats and nightmarish vocals haunting their ears and their minds; forever encapsulating the mire of working class (or unemployed) British life in its most desperate and unforgiving state.

Fast-forward to today and many of these themes are still depressingly relevant. Upon relocating to New York City in the early-2000s, musician and sound engineer Sean Corcoran found himself in a mind-expanding new environment – a world of speed and bustle, poverty and wealth, sanity and insanity, society and machinery, with Broadrick’s own chaos as his chosen soundtrack. Keeping his emotions, observations and riffs to himself, whilst at the same time constantly carrying a digital sound recorder around the city to capture the weird and the wonderful in his crazy new world, Corcoran eventually realised the need for an outlet to pour his collections into. Giving birth to Kustodian and the debut release ‘Dusted Emperor’ transformed these visions and experiences into the form of industrial-tinged, doom-metal time capsules: all raging and growling in essence, yet each telling remarkable and unnerving stories of their very own.

Take the near 9-minute-plus sprawl of ‘Commuters’ as a starter for ten. Proto-doom riffs kick in from the off, sinking their teeth into your skin and biting down on the back of your cranium. The drum beats are sluggish and dull in texture, not obviously programmed enough to require the clear tag of “electronic” or “industrial”, but plodding and repetitive enough to question the amount of human input. A bit like modern working life really… As the pace builds, the confusion intensifies – incomprehensible vocals are babbled or roared, like a computer motherboard’s lights flickering at an abandoned office desk. Solos from both bass and guitar levels slot neatly into the nodding ‘Yes’-man groove, before the moment of truth – a real-life recorded sample of some random woman completely losing her shit in a pharmacy store, her broken hinges and loose screws captured in their full, real-time glory by the Kustodian’s hidden microphone. It’s a thought-provokingly succinct and complete interpretation of the life of many a commuter – do the same thing over and over again, with the occasional spark of meaningful variation and one day you just go fucking nuts!

The central title track, supposedly about a drug-addled, maniacal ruler in power, is harsher still: the riffs scythe more than plunder and you can feel the denting impressions left by the likes of Godflesh, Ministry, Neurosis, NIN, Head of David and Jesu. Closing with a sample of a heated argument and a home security alarm, it leaves a wandering sense of rage, alienation and disappointment. Opener ‘Career Ender’ brings the more grandiose side of the Kustodian sound – swirling synths, septic cymbal hits, no vocals and an eerie atmosphere which feels like it’s building up to something huge before it dies slowly into the grinding routine of ‘Commuters’. Rather than the end of a career, it feels like a slow awakening of one, like the entrance to some elaborate temple, or a quiet moment alone staring at the frighteningly hulkish skyscrapers NYC has to offer, pondering the limits of mankind’s industrial might.

‘Adaptors’ is the most unusual piece of electronic interplay; two intermingled 911 calls scurry through the various stages of slowly-building panic and terror whilst a piano and gentle percussive synth sounds mount the tension through a morbid, juxtaposed sense of calm. These two calls were picked carefully for their matching choice of subject matter – violent home intruders, and in some ways the power of suggestion of the two, totally unrelated, female callers is more unsettling than even the harshest riff you can bring to mind. Closing out with the visceral, tempo-shifting aura of ‘Swarm of the Homeless’ is a poignant way for the Dusted Emperor to bow out. Planet-slamming riffs bat the warm opening atmospherics to one side and are then once again overcome by the slow, synth-led demise of this lengthy 9-minute opus. Oddly, this is perhaps the one moment where Kustodian sounds more like a band of multiple foci than a one-person show – the churning guile of the mechanical guitars, near-oriental foreground rhythms and electronica nose-dives sees us off back down our grimy subway tunnels to our oblivions. Or homes.

Despite my openly confessed enjoyment of ‘Dusted Emperor’ – its values, its mixing techniques and its gritty charm, I’ll admit this isn’t as powerful or dramatic enough to be labelled a ‘Streetcleaner Pt. II’. The production is muddy, the riffs simplistic and often over repetitive, and the vocals far from dynamic. But what I do get, and what I respect, is that it’s one man’s project. One man and his many tools, doing things his way. One perspective. One glimpse down that alleyway that you’ll be able to repeat, but never recapture yourself. It’s not perfect, but it’s not meant to be either. But yet, for all the above reasons, it is unique, and isn’t that really what’s most important anyway? It’s also free, so go download it and play it over the top of your own Monday morning commute; because everyone’s wasteland needs a fitting soundtrack.