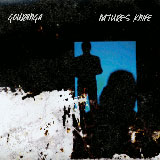 Gouranga is a reference to Krishna, the idea being that merely to say the name is to spread happiness. Gouranga is also a noisy as fuck trio from Bristol who seem intent on fucking with our heads.

Formed a mere 2 years ago, these guys bandy terms around such as alternative, grunge and stoner but in trying to appeal to a wider audience they miss their key selling point…they are hard to categorise…and that’s a very good thing.

“Solomon Grundy” kicks off this EP with a really understated intro before riff pandemonium breaks loose. Yes, there is a stoner-ish vibe to the riffs here and a level of groove so beloved of stoner bands but once the vocals start it’s Cobain all the way. Fortunately I happen to think Kurt Cobain was an incredible vocalist so you’ll not find me complaining here. It’s easy to see why the band throw themselves out there as a mix of stoner and grunge, there is a distinct Seattle circa 1991 sentiment that runs beyond just the vocals as the band explore light and shade within their structures and also owe a debt to noise rock such as The Jesus Lizard.

“Dinosaur Apathy” is a punk fuelled blast of noise with harsh, edge of breakdown vocals that suddenly pulls back on itself to deliver an irresistible and harmonic chorus to offset the angularity of the rest of the song. The stoner elements of the band’s sound are less evident here but the band’s sense of dynamic really shines as they drift from full on grind to quiet, almost dreamy sections keeping the listener constantly incapable of second guessing the band’s next move.

Nirvana shine bright on the next track “Petrol In Your Hands” which comes on like “Territorial Pissings” younger, ADHD driven, psychotically bent younger brother during it’s brief 2 minute stay. It’s angry, heavy and relentless which paves the way perfectly for final track “Son Of Sam”. By contrast to the previous track “Son Of Sam” almost creeps in unnoticed before Gouranga unleash a juicy, big-boned riff and some scathing, throat bothering vocals and yet more of their dynamic tricks.

Gouranga are not struggling so much to find their identity, the building blocks of it are definitely there and plain for all to see. What they struggle with is how to present their identity to the waiting world. By throwing the stoner tag at themselves they do themselves a disservice…dyed-in-the-wool stoner rockers won’t necessarily find much here to identify with on the one hand yet on the other hand Grunge is only viewed in fond reverential yet retrospective terms and it could appear the band are chasing glories that have long gone. The truth is Gouranga are a fucking fantastic, noisy, heavy band. Yes they pull some influences from various genres but they create a sound that is becoming their own…harsh, beautiful, heavy and delicate with an emphasis on great song writing and great playing. Push your boundaries a little and give them a shot. 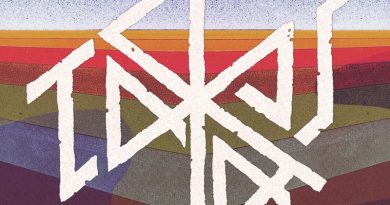