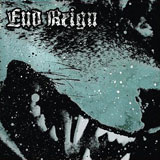 So the small but industrious Witch Hunter Records enters the vinyl fray at last. This release from Durham grinders End Reign is actually a joint release with Hemlock 13 Records, Fist In The Air Records and Holy Roar.

Citing influences such as Cursed and Rise And Fall…neither of which I’ve ever heard by the way, End Reign shit huge globs of brutal metallic hardcore into their hands and throw it directly into the listeners faces!!! The razor sharp production on the four tracks here, “Horror”, “Abyss”, “To Pray For” and “Dream Eater” emphasises every pummelling snare beat and the barbed shred of the guitars that owes as much of a debt to crushing 80’s thrash as it does brutal hardcore. There are definite similarities with Year Of The Flood, another of Witch Hunter’s tasty little discoveries, in the relentless throat shredding vocals and unrepentant velocity at which these tracks coming firing from the starting gate.

There is very little respite here, occasionally the band will drop the tempo as in the mid section of “To Pray For” or the opening moments of “Dream Eater” but the aggression and intent refuses to dip for a second. This is like letting a starving, feral dog loose in a playground…bound to result in a gory, bloody mess.

Technically the band are tighter than a hamster’s minge, each beat and each riff executed with surgical precision albeit it with a maniacal intent. This only serves to emphasise the vicious nature of the band’s output…sure punk and hardcore sound great when it’s a bit sloppy and drunken but when executed with such clarity and drive it becomes that much more dangerous and unnerving.

At barely 13 minutes this is a short, brutal shock to the system…a musical defibrillator in a lunatic’s hands!!! Great stuff…and if it doesn’t have you punching windows before the last notes decay then you have no soul!!! 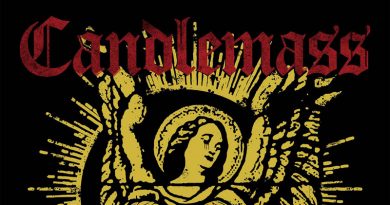