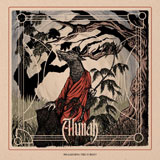 Birmingham born n’ bred four-piece Alunah are nothing if not consistent. Playing doom in its purist form is not an easy thing to do when based out of the Midlands: that smoky, solemn, industry-ravaged community that spawned (amongst others) Black Sabbath, Godflesh, Napalm Death, Judas Priest, Bolt Thrower, Diamond Head, Cathedral and Led Zeppelin. But yet this humble quartet time and time again demonstrate their passion and devotion to continuing this musical heritage of playing sophisticated blues through heavy, downtuned equipment and haunting audiences via frontlady Soph Day’s soulful tones. From simple beginnings as a standard pub-metal band, Alunah have grown into one of the UK’s most regular go-to home support acts and I’ve enjoyed watching them stand firmly toe-to-toe with everyone from Fu Manchu to Saint Vitus to High On Fire to The Sword to Acid King to Orange Goblin to Spirit Caravan and beyond. However, there’s only so long you can remain in the shadows. Awakening The Forest is a true triumph in itself that should, if justice holds true, propel these Brummies into doom’s highest echelons.

In many ways, with Alunah you know what you’re going to get. If you’ve ever caught them at a show (if you like going to doom gigs and live in Britain, then there’s a 97% chance you already have) or you’ve heard any part of 2010’s Call of Avernus or 2012’s White Hoarhound then you’ll know its doom exactly as Dr Iommi prescribed. Huge, never-ceasing walls of drums, a bass sound thicker than the walls of Dubrovnik, sultry yet riff-heavy guitars and a vocal sound that cuts through the lot to land a place firmly in your heart forever. Awakening The Forest doesn’t change any of this, but it refines, multiplies, tops and cements all that Alunah have built up thus far. Good luck finding a band with a sound that’s denser or more grandiose than this black-clad foursome creates; it’s practically stadium-ready in its fullness and cathedral-sized in its melodies. It’s the real deal.

Opener Bricket Wood Coven is perhaps the most “Alunah” track on the record. Dave Day’s giant swaying lumber behind the guitar coaxes his wife Soph’s subtle, yet commanding vocals into the fore early into the eight minute gauntlet of pure doom. Sure, there’s plenty on offer around the world now in this oddly (and in my opinion wrongly) lumped together melting pot of “female fronted doom” bands, but Soph’s voice constantly rises above the pack into a field of her own. Imagine Lulu singing instead of Ozzy on Black Sabbath’s eponymous Black Sabbath track and you’d arrive in a similar place to Bricket Wood Coven. The quivering string-bending is there, the brooding bass line, the high end vocal mix. It’s a scene-setter, not a show stopper.

If this record were to feature a radio hit single, Heavy Bough would be the bookies’ favourite. Accompanied by a gorgeous, yet mysteriously crafted video shot by the multi-talented Michael Cowell, it’s a driving, anthemic shot to the arm, heart and mind. There’s more than a friendly nod to Cathedral in Dan Burchmore and Dave Day’s chugging, uplifting, bass-driven riffs as Jake Mason makes toes tap and heads nod behind the kit. Its Soph again who makes the moment last and this is arguably her finest vocal achievement to date in both her soaring range and delicate serenity. Heavy Boughtakes me right back to the very first time I ever heard Alunah on their early Spend My Time single, but it charts their ascendency upwards through the clouds from their earlier stoner rock-themed moments.

The pivotal title-track brings the tone back down to the morose. Think Born Too Late-era Saint Vitus or The Obsessed circa The Church Within and you’ll hear the same guitar drone and almost gothic throat signals. There’s hope in there somewhere and Soph digs deep to find it for us in and amongst that dense woodland and misty fens; her song opening us out into clearings of clear sight amongst the bleakness of the riffs. It’s a slow-burner, but one of the album’s strongest moments comes with its soaring crescendo of a finish. Like doom metal? Alunah are as good as it gets in 2014 this side of Yob and Pallbearer.

The Mask Of Hernes is one of the more stoner-doom moments on the album and reminds me of Spirit Caravan or Earthride in its swaggering yet depressed slumbering approach to the guitar-work. Similarly, The Scourge And The Kissis another stand-out Sabbath harkener. The riffs seem to get larger by the second as Dave Day’s Paradise Lost-esque solos weave in and out of Jake’s myriad drum networks and Soph’s ghostly songcraft. At nearly eight minutes in length, it’s another moment to savour long and hard. It’s also got a super cool mega-riff towards its conclusion which JUST about eclipses Belijal’s Ford from the White Hoarhound album. Only just, mind.

As the gentle acoustic passages of the The Summerland fades out, I can think of very little that I would change about Alunah on this pitch-perfect third album. You could potentially argue that the band don’t stray at all from their comfort zone, that this is just more doom being pumped out of a town that hasn’t moved on musically for the past fifty years. You may have a point, but my counter response would be that it’s what we all want, it’s what we all need and to worship at the Sabbathian altar from the nine hundredth time is certainly no sacrilege when it sounds this damn good. Alunah have worked solidly, painstakingly and above all determinedly to be where they are today. Perhaps now the forests of doom will awaken to their grandeur on a global scale at long last. This is a towering achievement. 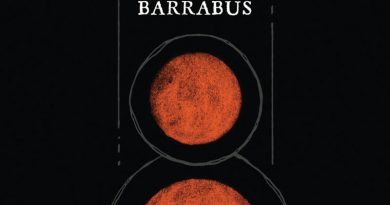