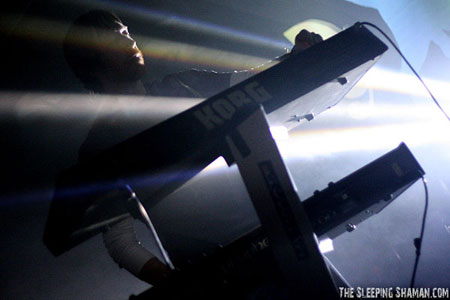 Progressive electronic duo ZOMBI have announced a two week US tour with the legendary Italian soundtrack kings GOBLIN! Their first US Tour in almost seven years, the 13 day trek kicks off on November 29th with a solo show in Chicago, IL and wraps up on December 14th in Carrboro, NC. A complete listing of dates is included below.

In celebration of these rare performances, Relapse Records will be reissuing three long out-of-print LPs from ZOMBI‘s back catalog on vinyl including 2004’s Cosmos, 2006’s Surface To Air and 2009’s Spirit Animal. These titles along with other ZOMBI releases are available for streaming via the duo’s Bandcamp page HERE. Additional details on the LP reissues will be announced shortly.

ZOMBI masterminds Steve Moore and A.E. Paterra have kept busy over the past couple of years, starting their own limited run cassette label VCO Recordings where they have released music by Panabrite, Abul Mogard, Jonas Reinhardt and many others. Additionally, Steve Moore is currently scoring the upcoming film The Guest by directors Adam Wingard and Simon Barrett (You’re Next, VHS/VHS2) and the Belgian horror film Cub by director Jonas Govaerts. His new solo album Pangaea Ultima will be released via Spectrum Spools later this fall on digital/vinyl formats. More information on the release will be available HERE 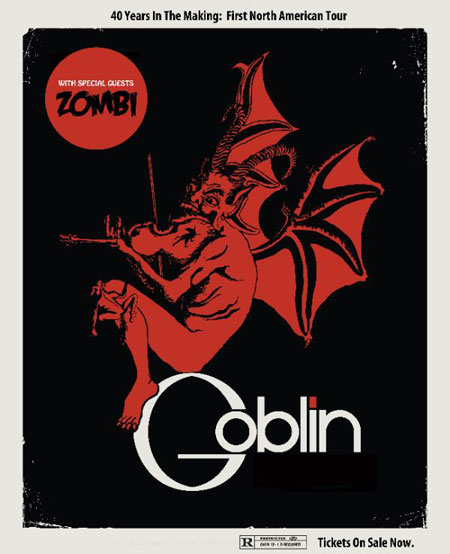 *Not with Goblin – openers TBA