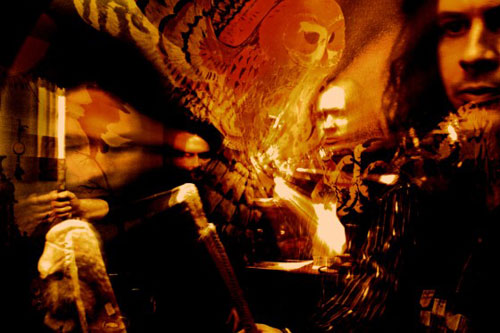 One week ahead of its looming release date next Tuesday, July 8th, international news resource, The New York Times, is hosting an exclusive worldwide listen to Celestite, the new instrumental LP from Olympia, Washington’s WOLVES IN THE THRONE ROOM.

The NY Times stream of WOLVES IN THE THRONE ROOM’s Celestite from beginning to end sees brothers Aaron and Nathan Weaver’s new opus in the paper’s exclusive Press Play features. The fully synth-composed companion to their lauded 2011-released Celestial Lineage LP, Celestite is a far cry from the blackened maelstrom WOLVES IN THE THRONE ROOM more typically delivers on their albums. Produced by Randall Dunn, the instrumental passages on Celestite reflect the tracks of its predecessor in a whole new light, with more than forty-five minutes of rich, otherworldly, synthesizer-constructed works which more resemble a sci-fi/horror soundtrack or meditative musical experience.

WOLVES IN THE THRONE ROOM’s Celestite can be heard in its entirety through the New York Times Press Play post, at THIS LOCATION.

Celestite will see release on their WOLVES IN THE THRONE ROOM’s newly-founded Artemisia Records worldwide next Tuesday, July 8th, on CD, LP and digital formats. Orders for the record can be placed HERE. 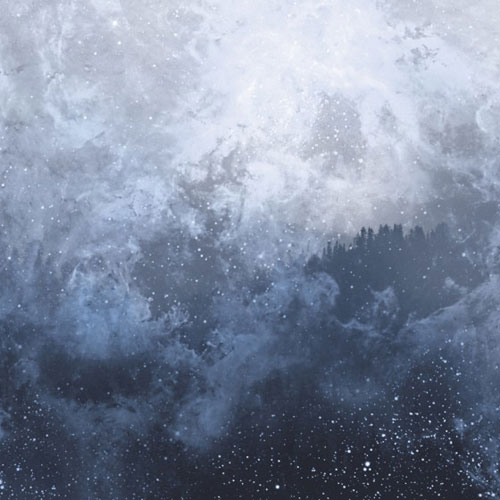 The band will tour the US West Coast beginning just days after the release of the new LP, yet as Celestite focuses on droning, ambient, soundtracks, this nine-city trip will see the band in their full-backline black metal form, playing a full heavy set, including older material which they have never performed live. The tour opens in WOLVES IN THE THRONE ROOM’s hometown on July 11th, followed by performances in Bellingham, Vancouver, Seattle, Portland, San Francisco, Santa Cruz, San Diego, and Los Angeles. Support on all shows will be provided by Oakland psychedelic noise troupe, Nommo Ogo, the two bands also joined through the tour by D A Terrence, A God Or Another, Druden, Volahn, Lycus and others, including Dispirit as direct support on the San Francisco date. 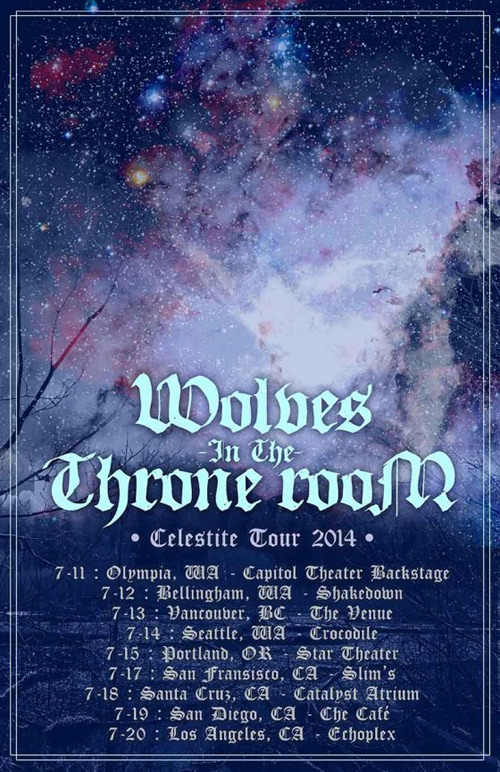