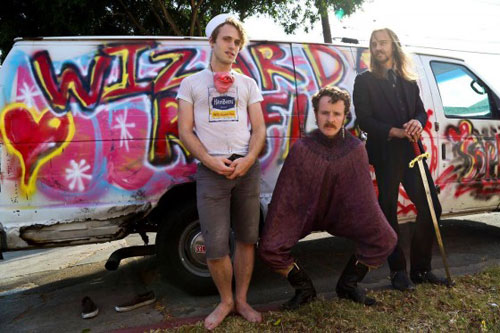 Stoner/doom/noise rock contortionists, WIZARD RIFLE, will bring their cathartic hymns, heavy grooves and walls of distortion to the stage next month for a short run of live takeovers. Set to kick off on November 14th in Phoenix, Arizona at Time Out Lounge, team WIZARD RIFLE will trample their way through nearly a dozen metropolises, with the proceedings coming to a deafening close on November 26th in Brooklyn, New York at Saint Vitus Bar.

The Los Angeles-by-way-of-Portland transplants will be touring in support of their mammoth Here In The Deadlights full-length, out now via Seventh Rule Recordings. Tracked by guitarist Max Dameron at Breakfast Studio in Los Angeles, then toiled over for a year, with Billy Anderson (Sleep, Eyehategod, Melvins et al) and Jesse Johnstone sharing mixing duties, the album sees WIZARD RIFLE for the first time as a trio featuring Dameron alongside drummer Sam Ford, and bassist David Boe pushing its sound into far sludgier realms and reaching new levels of monolithic heaviness, while maintaining a propulsive groove which spins and twists itself into oblivion.

Hear for yourself. Sample Crystal Witch still streaming at Noisey. 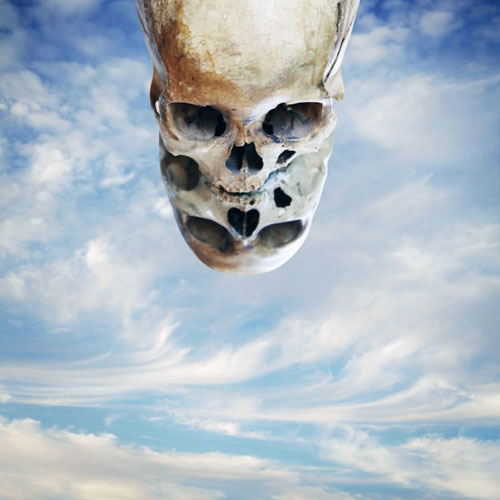 With a sound entrenched in a reverence for ‘70s psychedelic and punk, and innumerable contemporary acts without ever feeling like a proverbial retrogression, WIZARD RIFLE seeks to transcend boundaries beyond reference points and obvious nods to rock idols. Still, they’re commonly likened to King Crimson, Lightning Bolt, High On Fire, Misfits, Karp, Melvins, My Bloody Valentine, Sonic Youth, Sleep and so many others. In 2012 the band released their debut LP Speak Loud Say Nothing to critical adoration on Seventh Rule. Teaming up with Nanotear Booking, they honed their live sound on several US and Canadian tours, sharing the stage with the likes of Yob, Church Of Misery, Black Cobra, Arabrot, Rabbits and Witch Mountain. Last year, the band relocated from Portland to Los Angeles, and immediately started work on the delightfully riff-encased bruiser that is Here In The Deadlights.

Here In The Deadlights is out now on CD and limited red-inside-deep purple colored vinyl via Seventh Rule Recordings. Order your copy NOW at the labels webstore and for digital orders point your browser to Bandcamp. 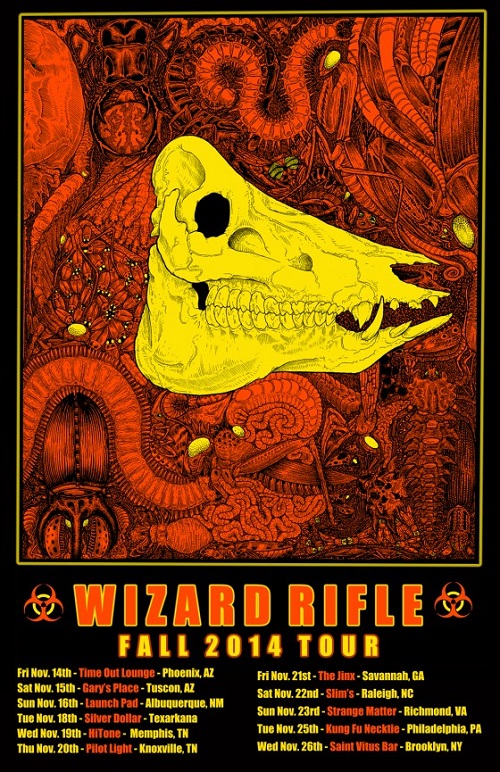