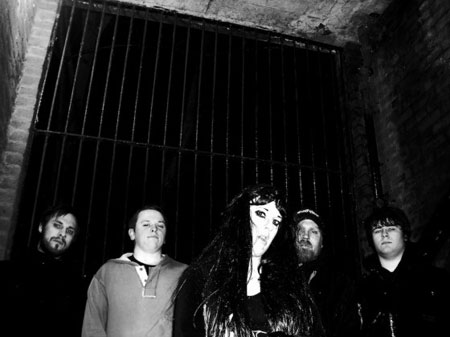 In related news, WINDS OF GENOCIDE recently added drummer Matthew Henderson, and second guitarist Linus Girdland Flink to the lineup. Elaborates the band in a collective statement: “This is the new lineup that will be writing material for and recording our debut full-length, Usurping The Throne Of Disease. Matthew is a great, young, versatile drummer –still only in his teens — and drums in a local death metal band called Plague Rider. He can switch from d-beats, Swebeats and blastbeats, which is all we need in a drummer! He has picked up most of the songs we’ve written so far very quickly and learned the current setlist with impressive ease. We are very happy to have him in the band and onboard for the full-length album. Linus, who played drums on our first two recordings and the tracks for the upcoming split with Abigail (Japan), has now moved on to second guitar due to his relocation to London. We needed to find a drummer who could rehearse and work on new material regularly.”

Spawned in 2006, WINDS OF GENOCIDE is poised to inflict apokalyptic domination with their offensive d-beat onslaught forming a bastardized fusion of Cianide, Amebix, Unleashed and Bolt Thrower. Usurping The Throne Of Disease should see the light of day later this year via Pulverised Records.