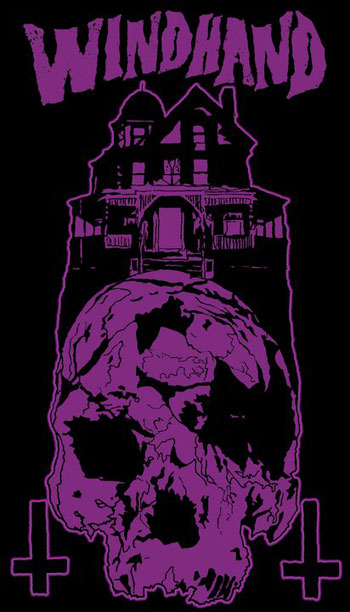 Finally the time has come! After myriad setbacks and issues beyond their control. the mighty WINDHAND have set the release date for their debut LP in stone. On March 21, 2012, their critically acclaimed eponymous album will be available for purchase from Richmond, VA’s Forcefield Records with UK/European distribution handled by Mordgrimm.

Richmond, VA may be known primarily for its wicked thrash and crust punk scenes, but there’s something evil lurking within that doomed old capital. Psyched-out ultra-Sabbathian amplifier worshippers WINDHAND, who boast ex-members of heavy riffters FACEDOWNINSHIT and ALABAMA THUNDERPUSSY within their ranks, have risen. Slated for a March 21, 2012 release, the record will be available in a limited gatefold pressing of violet wax, and was recorded/mixed by Garrett Morris (PARASYTIC, BASTARD SAPLING) at the Dark Room with Slipped Disc Audio’s Bill McElroy (PENTAGRAM, AVAIL, ALABAMA THUNDERPUSSY) handling mastering duties and you can read Tom’s review HERE.

The band have also announced a short run of dates up and down the East Coast alongside PILGRIM (Metal Blade) and NATUR (Earache), as well as a string of additional gigs come March. Dates are below: