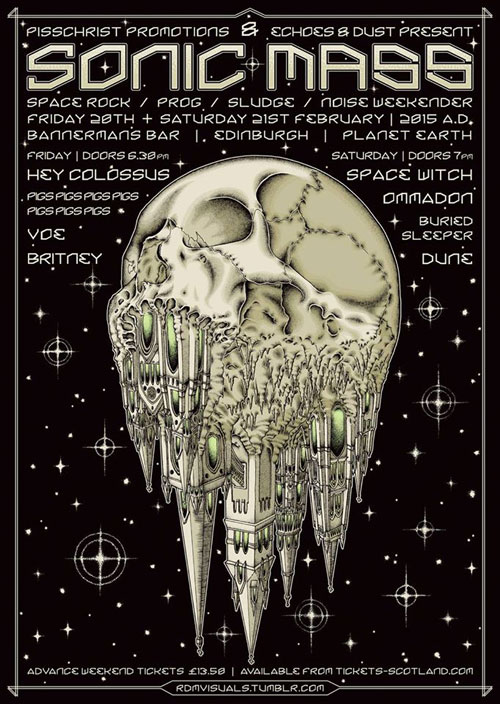 Established doom promoters Pisschrist Promotions are teaming up with Echoes And Dust’s metal team to present the inaugural Sonic Mass Weekender – 2 days of space-rock, prog, sludge, doom and noise in the infamous surroundings of Bannermans Bar in Edinburgh.

Tickets are available now at just £13.50 for the whole weekend from Tickets Scotland and more info is available on their Facebook Event.

And The Sleeping Shaman, in conjunction with Echoes And Dust are giving 1 lucky person the chance to win 2 weekend tickets for this monumental event, all you have to do is answer the following question:

Submit your answer using the form below, the deadline is midnight Friday 30th January 2015, the winner will be picked at random and will be announced on Sunday 1st February 2015 – Good Luck!

Please note:
Only 1 entry per person and entries made after the deadline will not be accepted.